Ruth Lorenzo – Dancing in the Rain 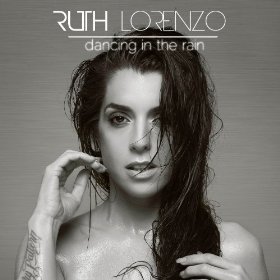 This may be an unpopular viewpoint, but something went terribly, terribly wrong at last year’s Eurovision Song Contest. While it was amazing in all kinds of ways that Conchita Wurst triumphed on the night, very little of it was to do with her actual song, which was a rather plain Bond theme knockoff and the kind of thing you hear in cosmetics adverts where they want to capitalise on a popular tune but not pay any royalties.

Ruth Lorenzo, however, had probably the most amazing song in the show, Dancing in the Rain – so uplifting and anthemic I had to check it wasn’t written by Ryan Tedder. (For fact fans, one of its writers was Jim Irvin from out of Furniture, who had one absolutely brilliant hit in 1986, Brilliant Mind.)

I got goosebumps the first time I heard this, and they haven’t quite subsided yet – finally, a performance by Ruth to top her rendition of Purple Rain on the X Factor in 2008. It’s over the top in exactly right the way, and holds together on the strength of Ruth’s vocal, which she absolutely nailed on the night, even while whipping her hair back and forth in quite alarming fashion. She also uses the old Nicole trick of singing in both English and her native language, but did any of this sway voters? Not especially, although tenth place isn’t too bad – Molly would have killed for it.

Ruth Lorenzo continues to be a star in Spain, but I can’t help feeling she should take over the entire planet. We need a good belter since Whitney’s passing.

Who could sing this today and have a hit? Hmmm. A bi-lingual power ballad is a hard sell these days. Maybe Demi Lovato.