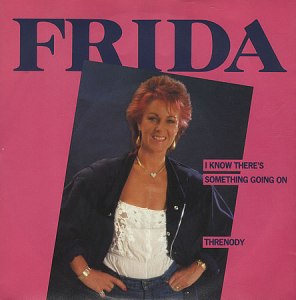 Some records are so embedded in your brain that you refuse to believe they even came close to falling over the edge into the Popvoid and you’ll argue, with the same ferocious intensity Geri Halliwell employs to protect her real age, that certain records were massive hits rather than resounding flops. Of course, these days a quick Google search delivers the unwelcome truth (and the accompanying sulk) in a matter of seconds, but the answer to making a truly timeless hit is a little more elusive.

It’s practically impossible to predict what ingredients, when combined in exactly the correct amounts, come together to create the perfect hit record. There’s no infallible recipe. As Hollywood screenwriter William Goldman famously said, when discussing the secret of producing a sure-fire box office hit, “Nobody knows anything…… Not one person in the entire motion picture field knows for a certainty what’s going to work. Every time out it’s a guess and, if you’re lucky, an educated one.” The same is emphatically true about scoring hit records.

Let’s return to August 1982, a month which saw the release of two radically different singles. One spent two months inside the UK top 40 singles chart, peaking at no.8, while the other stalled at no.43. Let’s use some of William Goldman’s ‘educated’ guesswork to figure out which is which.

Example A:  A novelty song pop song built around the same pseudo tribal drum sound which had already delivered hits for the likes of Bow Wow Wow and The Belle Stars, fronted by five female session singers dressed in bin bags. Oh, and one of them was Blockbusters host Bob Holness’s daughter.

Example B: A member of one of the most successful pop groups of all time releases their first solo single following the band’s split. After performing shared vocal duties on 26 UK top 40 singles and five UK no.1 albums (not counting a couple of multi-platinum ‘Greatest Hits’ albums), the voice was irresistibly familiar. The song was written by Russ Ballard, a veteran with over twenty years experience as a successful rock guitarist, who’d previously written hits for artists as diverse as Hot Chocolate, Kiss, Elkie Brooks, Rainbow and Bay City Rollers. The record was produced by Phil Collins (who also played drums on the track), a year after his first solo single In the Air Tonight and its parent album, Face Value, had established him as one of the world’s most successful artists and in-demand record producers. As for the Holness connection…undoubtedly the singer’s former band featured on an episode of Blockbusters after someone said, “Can I have an ‘A’ please Bob?”

Inexplicably it was I Eat Cannibals by Toto Coelo which was riding high in the UK top 10 during the same week in August 1981 when Frida’s I Know There’s Something Going On ran out of steam just outside the 40. While I had to be reacquainted with the delights of I Eat Cannibals via a quick blast on YouTube (thankfully Bin Bag Chic was as short-lived a fashion trend as The Coelo’s career,) I Know There’s Something Going On is an undeniable, unforgettable classic. While it’s arguably true Frida had been slightly side-lined by The Girl with the Golden Hair (who it was said could sing before she could talk) on the battlefield of ABBA’s vocal power-struggle, it has been almost universally accepted that it was the combined voices of Agnetha and Frida which gave ABBA their unique sound and was a key factor in their unparalleled success.

From the moment you hear Phil Collins’ signature drum-sound intro, which grabs hold and doesn’t let go for the album version’s entire five and a half minutes, the nagging, hypnotic bass-line and those vocals, treated with a every vocoder and echo effect the mixing desk had to offer, you think they’ve finally cracked it – THIS is that elusive recipe, THIS is the sure-fire winner, THIS record has ‘HIT’ written all over it. In ‘Bake Off’ terms, who would have predicted Toto Coelo would deliver the perfectly risen soufflé while Frida was sent packing for showing her soggy bottom to Mary and Paul?

Mr Goldman, I concur…indeed, nobody knows anything.

Who could sing this today and have a hit? – I think the unusual structure of the song, layered vocals and drum-heavy nature of the track might just suit Florence + the Machine.