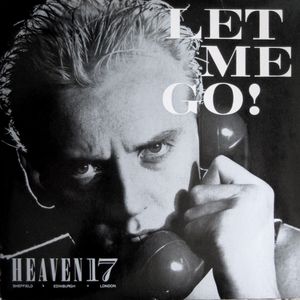 In the world of pop there are only two things more frustrating than remembering the precise moment you decided to put someone else’s song on the B-side of your multi-million selling, 30 weeks in the UK top 75, decade defining, number one cover version of Tainted Love. One is failing to score a top 40 single with a much anticipated lead track from a brand new album and the other is having a truly brilliant single stall at no.41 on the chart.

Pity Marc Almond, who as lead singer with Soft Cell and as a solo artist, has actually suffered the unbearable injustice of all three – Ok, if you really need to know – in 1981, a cover of The Supremes’ Where Did Our Love Go was the B-side to Tainted Love, in 1987, Ruby Red, the introductory single from Mother Fist, Marc’s, near-perfect, third solo album inexplicably failed to climb higher than No.47 and only a year earlier, A Woman’s Story, an EP salvaged from an aborted concept covers album, peaked on the singles chart at No.41.

And while Marc’s chart success as a solo artist has been so bafflingly uneven that many of his most triumphant moments as an accomplished and original songwriter now litter the Popvoid vaults, he is not the subject of today’s entry. That honour goes to ‘Let Me Go’, the song Heaven 17 chose as the lead single from The Luxury Gap, the follow-up to their critically acclaimed (but commercially underperforming) debut LP, Penthouse and Pavement, which somehow topped out at No.41 on the UK singles chart in November 1982.

My older brother had introduced me to the pleasures of Heaven 17’s first album on its release in 1981. He was an early adopter and had already filled our shared bedroom (and my ears) with such previously unimagined delights as John Foxx’s Europe After the Rain, Thomas Dolby’s Europa and the Pirate Twins and New Europeans by Ultravox – I guess they really had a thing for Europe in the early 80s. By the time Let Me Go was released, my brother had left home and was studying at Stirling University, and I set off on my first visit clutching a pile of my most recently acquired 12” singles. He wasn’t buying quite as many records as he used to – he assured me he was spending all his grant money on text books and photocopies and it had nothing to do with cider – and I liked the thought of being the one who’d be unveiling my newly-purchased copy of Let Me Go. In the end, my thunder was stolen by one of those TV programmes where they used to just show loads of random pop videos – you know the ones without embryo-aged presenters or ‘ironic’ text boxes popping up every five seconds – but my brother, and all his trendy university pals, agreed it was a pretty amazing song. Thinking back now, I probably should’ve known immediately that Let Me Go was doomed to fail. Could I really trust the opinion of people who thought a pillar-box red bowl-cut was cool or the dance moves they should be emulating were Jim Kerr’s rather than Michael Jackson’s? My brother’s unfortunate choices aside, it still seems unforgivable that Let Me Go wasn’t the song which kicked Heaven 17’s career into overdrive. That honour instead went to their next release, Temptation, a matter of months later.

Now thought of as something of a lost, early electronica, classic, Let Me Go has received some of the respect it was so cruelly denied on its initial release. The Luxury Gap era Heaven 17 has been cited as a key influence by the likes of La Roux’s Elly Jackson and the track itself featured on Richard X’s highly recommended 2004 Back to Mine compilation. In retrospect, perhaps its icy synth sound and the wistful regrets contained in its lyric were just too subtle and sophisticated for the UK record buying public circa late 1982, who were at that particular moment rushing in their thousands to buy Save Your Love by Renee and Renato and Starmaker by The Kids from ‘Fame’. But considering they were also out there buying quite a lot of Mad World by Tears for Fears and Wishing (If I Had a Photograph of You) by A Flock of Seagulls, it actually just seems a bit rude.

Who could sing this today and have a hit? – This is where I hoped The Killers might be headed after their somewhat 80s influenced debut, Hot Fuss, back in 2003. Instead they headed off down Springsteen’s dusty highway to nowhere, so it makes sense that Brandon Flowers could make a pass at this for his even more 80’s-tastic solo comeback.