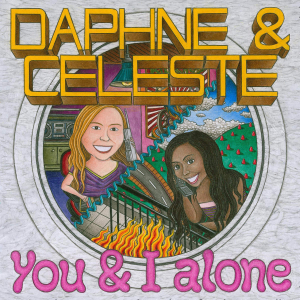 On the front cover of the Evening Standard’s latest ES Magazine is a striking image of a skull in spectacles with a full beard, and the headline ‘DEATH OF THE HIPSTER’.

It’s easy to see the logic. Everything has gone a bit East London; order a meal anywhere in the country and you can be reasonably expected to have your meal served on an old bit of driftwood. Step into an interior decor shop and everything is muted tones straight from the walls of a pop-up cocktail bar where drinks arrive in jam jars and rinsed-out Golden Syrup tins. Mass-market is old. Vintage and handmade is everyone’s favourite new thing.

Now, damning evidence that pop itself has reached Peak Shoreditch:

Daphne & Celeste were the definitive bubblegum pop band, but their minor success around the turn of the millennium was merely of its time. While Claire from Steps was going for a brave purple dip dye and Changing Rooms were transforming people’s front rooms into a set from Playdays, this duo’s fun and frivolous primary colour pop struck a chord – the chorus to Ooh Stick You is embedded in the psyches of millions of this country’s twenty-somethings.

A decade and a half later, their comeback is altogether more downtempo and subtly threatening affair. In fact, stripped back doesn’t even begin to describe it – I swear they’ve even left the metronome from GarageBand in for extra ‘texture’ – and yet it works.

Produced by Max Tundra – whose hands have touched the work of Hot Chip, Pet Shop Boys and many credible others –  it’s an almost total departure. Only the barely-intelligible lyrics of their earlier recordings remain; they actually seem to have accidentally left a line of placeholder text in line two (which literally reads ‘Line two’.)

Never the kind of people to take pop seriously, you could be forgiven for thinking this is all some kind of overblown joke at the expense of music journalists, but unlike B*Witched, 911 and other alumni of the same generation Daphne & Celeste fell off the pop production line remarkably intact. It’s taken four years for the song to reach this stage after Tundra approached Celeste on Twitter about making music; no joke this long in the telling has such a nuanced punchline.

If it were a joke, it’s one that fell flat – it didn’t chart. But why would they want to? Charting isn’t cool any more.

Who could sing this today and have a hit? Hand this one to Tove Lo. It probably still wouldn’t chart but at least it’d be acceptable to put on at parties. Cool ones.