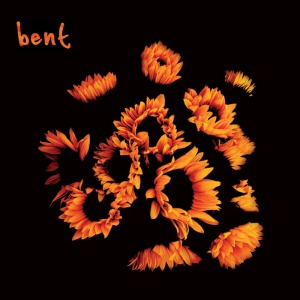 Some of the happiest times of my life were spent working in the Virgin Megastore in Buchanan Street, Glasgow. From the day it opened with a fake Melanie C and fake Richard Branson abseiling down the front of the building (cunningly swapped for the genuine articles when they reached the ground) to the day I left for the joys of Assistant Manager-ship in East Kilbride, almost every moment of it was fun and filled with music. I got to see up Atomic Kitten‘s skirts, ride in a lift with Slipknot (surprisingly polite) and see a live performance from a pre-fame Coldplay (“they’ll never happen,” I noted archly to a colleague.) But the best part of it was a Friday, when all the next week’s new releases would come in. For a pop fan there’s nothing better than having a 48 hour march on everyone else. It allows you to nod sagely at customers and say things like “the new Sheena Easton album is better than you might expect” (obviously that’s a made-up example: no-one in Scotland would ever enquire about a Sheena Easton album.)

Which brings me in a roundabout way to Bent (Nail Tolliday and Simon Mills,)  who I’d been following with some interest since they first appeared in 2000 with their brilliant debut Programmed to Love. I’d adored the Nana Mouskouri-sampling Always (and specifically Ashley Beedle‘s Mahavishnu Remix,) so when a new album entitled Ariels appeared in the stockroom one Friday morning in October 2004, I found an excuse to stay up there (usually tidying the overstock A-Zs) and popped it on.

Ariels turned out to be something of a revelation – gone were the samples which had been Bent‘s stock-in-trade, and in their place were proper instruments, proper singers and proper songs. Technically, all of these things should  have annoyed me given why I liked them in the first place, but this new direction was unexpectedly beautiful and I was instantly captivated. The track which has lasted longest with me and has talked me off the ledge more times than I care to remember is Sing Me:

Inevitably, Sing Me gets referred to as “chill out” music, and when that happens I get a look on my face that suggests I’ve just removed a particularly unpleasant morsel of food to the side of my plate. I dislike the term intensely, mainly because it was seized upon so enthusiastically by record companies and used to market terrible compilations of slow songs. Just because something is slow doesn’t mean it is for chilling out, just as you don’t have to dance to a fast record – as it happens I could chill out to a Donna Summer Almighty Megamix. But this marketing strategy lumped a whole lot of bands into one strait-jacket of a genre, and like all fads it soon passed, taking a lot of potentially successful artists with it.

All that being said, isn’t Sing Me lovely and soothing? I may be way off the mark, but for me it’s like a chapter of Alice in Wonderland we never got to read (“sing me…to keep the beast at bay”) – it certainly possesses a dreamlike, fuzzy quality that Alice might find familiar. Sung with calm authority by Rachel Foster, it’s an effervescent maelstrom of synths and guitar masquerading as strings and is pretty much perfect whichever way you slice it.

Bent never really troubled the charts – the album’s poppy first single Comin’ Back spending at solitary week at no.89, with Ariels their best performing album at no.86 – but they serve as a useful reminder that sometimes the most beautiful music is to be found away from the mainstream landscape – a wonderland indeed.

Who could sing this today and have a hit? I can imagine Clean Bandit slowing down for this one.