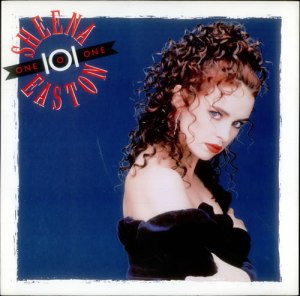 My esteemed colleague and Popvoid’s Mr Big, Niall McMurray, has already discussed the concept of an artist entering his or her Imperial Phase, and today we explore the moment when an artist finds their cup has runneth over to such an extent that the creative output of their own career can’t contain it.

As my other Popvoid colleague, Dan Poliak, previously mentioned during his discussion of Sheila E’s The Glamorous Life, Prince’s Imperial Phase arguably began in 1982, with the release of 1999, and ended in 1987 with Sign of the Times, but there’s no doubt he reached a peak in 1984, with the international crossover success of Purple Rain. As Dan has already stated, Prince’s personal hot streak saw him ‘spread his love’ in the direction of several female artists, many of whom may not have been completely worthy of his sponsorship.

For every Sheila E, Susanna Hoffs or Martika, there were several others who were predominately, but not exclusively, six foot tall, totally gorgeous model types whose vocal ability was considerably less important than how they looked in just their under-wear and a fur coat. The ultimate exception to that rule has to be Scotland’s own, Sheena Easton.

This is not to say Sheena wasn’t gorgeous and, Glasgow chill permitting, I’m sure she would have cut quite a dash in her bra and panties, but at five foot one, no one was going to mistake her for a member of Vanity 6. However, between 1984 and 1989 Prince just couldn’t keep his grubby little instruments off her and Sheena’s discography was gloriously enhanced by the Prince penned tracks Sugar Walls and Eternity, as well as performing duet duties on Prince’s very own U Got The Look and The Arms Of Orion. Best of all has to be 101, from 1988’s L.A. and Babyface dominated comeback album, The Lover In Me.

While Sheena was still able to shift a few units in the US when The Lover In Me was released, her UK audience had dwindled considerably over the previous 7 or 8 years. The title track lead single may have managed to climb all the way to no.15 on the UK singles chart, but the album entered at no.30 and had disappeared in a matter of weeks. As the third single, released a good six months later, 101 came too late to reverse the album’s decline and failed to connect with the record buying public in its own right. A typically eccentric and intriguing Prince production, along the same lines as his outstanding work on Martika’s Love…Thy Will Be Done, 101 is layered with a multitude of synth-pop flourishes that wouldn’t sound out of place on an early Depeche Mode single. Lyrically, it explores a much darker and considerable less straightforward relationship than the ‘I’m crazy mad for him, he’s crazy mad for me’ simplicity of her breakthrough hit, 9 to 5 (Morning Train). The girl in this song is just crazy and there’s little doubt she’d be using those 101 candles to set fire to everything that hapless commuter boyfriend of hers owned, if she really thought he was spending too much time on that morning train. Perhaps, in the hands of a brand new artist who wasn’t carrying the (largely undeserved) baggage Sheena had been saddled with at this point, 101 would have become the hit it should have been. But back in 1989 not even Prince could save it from the Popvoid, as he tottered precariously, on a pair of thigh high, high-heeled bootees no doubt, on the wrong side of his own Imperial Phase.

Who could sing this today and have a hit? – This would suit Lorde down to the ground. If she doesn’t want it for her next album, maybe she could donate to one of those ‘young adult’ movie adaptation soundtracks she’s so terribly fond of.