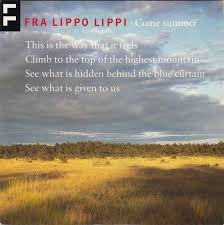 What’s in a name? Quite a lot if the history of pop music is anything to go by. In the 1960s and 70s, it was deemed necessary for aspiring pop stars to have a proper ‘Pop Star Name’. No one was going to buy records by someone called John Smith or Mary Jones. Thus Charles Holley became Buddy Holly, Bernard Jewry was re-named Alvin Stardust and Harry Webb would eternally be known as Cliff Richard. In the 1980s, I wonder how many people would remember the Live Aid line-up if Farrokh Bulsara, Reginald Dwight, Geogios Panayiotou, Anna Mae Bullock and Gordon Sumner had been topping the bill instead of Freddie Mercury, Elton John, George Michael, Tina Turner and Sting. For groups it’s a little different. There seem to be no limits to the utterly dreadful names which are considered acceptable for bands – just look at virtually every group who has ever taken to the stage during the audition rounds of The X Factor or Britain’s Got Talent. Over the years, and especially in the 1980s, we’ve embraced some real doozies. From the pretentious – Spandau Ballet and Orchestral Manoeuvres in the Dark – to the downright awful – Prefab Sprout, Johnny Hates Jazz and Kajagoogoo, it would seem nothing’s too ridiculous if the songs were suitably catchy or the boys singing them were cute enough. But as even Kajagoogoo would discover, a ‘funny’ name can become a millstone around your neck if you’re trying to make the transition from ‘pop stars’ to ‘serious musicians’. When their singer went solo they shortened their name to Kaja, which was mildly less irritating if hardly an improvement. But in doing so, they managed to slyly undermine the departing Limahl by subconsciously suggesting he was in fact the ‘goo goo’ element of the band. But, when it comes to one of my favourite groups from the late 1980s, their name is the only thing which in any way accounts for their complete lack of success in the UK.

Fra Lippo Lippi formed in Norway in 1978. Their name came from a poem by Victorian writer Robert Browning – managing to tick both the ‘a tiny bit pretentious’ and ‘slightly stupid’ boxes in one labour saving sweep. By the time the band came to record their third album, Songs, they’d achieved enough success in their homeland to secure a more substantial recording budget and used the opportunity to experiment with a more contemporary pop sound in an attempt to fully realise their commercial potential. Now slimmed down from a four-piece to a duo, consisting of Per Øystein Sørensen (vocals) and Rune Kristoffersen (bass guitar and keyboards), Songs would be recorded at Abba’s legendary Polar Studios, making full use of Scandinavia’s first digital multitrack systems and an early version of the Linn drum machine. The finished album was released in Norway in early 1985, to critical acclaim and unprecedented commercial success. As a consequence, it attracted the attention of Virgin UK, who promptly licensed the album for an international release. Given a slight polish, with several tracks re-recorded and remixed by Dave Allen (the slightly nerdy looking production assistant pictured on the inner sleeve of The League Unlimited’s Love and Dancing), Songs was released in the UK the following year.

While the group’s UK campaign got off to a reasonably good start, with first single, Shouldn’t Have To Be Like That, picking up repeated daytime plays on Radio 1, it wasn’t quite enough and it didn’t manage to break the top 40 (stalling at no. 81) and all subsequent singles failed to register at all.

Elsewhere on Songs, with no guitarist in the band, simple piano hooks and electronic washes do most of the melodic heavy-lifting and, while the production (especially in its original form) is considerably more analogue and organic sounding, it’s easy to imagine both Coldplay and, perhaps more clearly, Keane acknowledging their influence on their own future output. Much of the album is fairly sparse and downbeat; however album opener Come Summer is as close to pop perfection as they can muster.

Fra Lippo Lippi’s obvious sonic similarities with their more successful Norwegian cousins, a-ha, are unmistakable. It’s decidedly more Stay On These Roads than Take On Me, but their music is similarly rooted in cinematic atmospherics. While a-ha tended to smuggle tracks such as And You Tell Me, October and Soft Rains of April between the more expected sparkly pop gems, it’s these which have the greater connection to much of Fra Lippo Lippi’s work – evoking some of the harsher aspects of the bleak Nordic landscape, conjuring images of windswept snow plains and suggesting a constant battle against the elements. And while most of their songs contain a vaguely spiritual message, Come Summer is an uplifting and joyous celebration of nature’s seasonal rebirth. An extended, fifty second instrumental intro of synth chords and percussive electronic sounds soar over an infectious, relentlessly nagging bass line and strident, but stately, drum beat, eventually giving way to a simple piano hook, picking out the songs uplifting melody and perfectly framing Sørensen’s strained, but powerful vocals. Perhaps Fra Lippo Lippi’s true thematic and spiritual cousins are Talk Talk and, as such, their commercial success was similarly sporadic and often fairly regionally biased. While Talk Talk were largely ignored at different points in their career in the UK, they were huge in America, and similarly, Fra Lippo Lippi became virtual superstars in the Philippines where they sold out 10,000 capacity stadiums, released a live album as well as a couple of ‘Greatest Hits’ collections. Their next album saw them flying to the US to be produced by Steely Dan’s Walter Becker, but the resulting album, Light and Shade, although similarly packed with great pop songs, was largely overlooked.

I can’t help but think if only they’d pulled an OMD and shorted their name to FLL, we might have been saying OMG rather than FFS.

Who could sing this today and have a hit? – If Keane are really on an extended hiatus, I think this sits suitably within the same wheelhouse and would work pretty well as a solo single for their vocalist, Tom Chaplin.