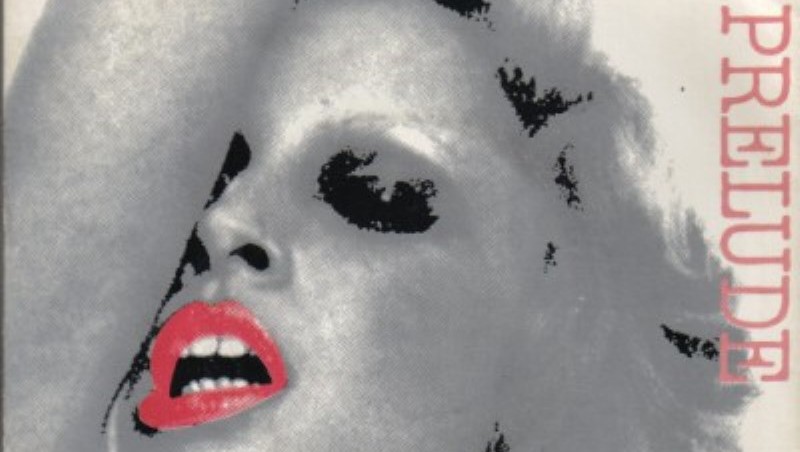 There’s only one thing I love more than a days-of-the-week countdown in a lyric – think Cherrelle and Alexander O’Neal’s Saturday Love or Craig David’s 7 Days – and that’s a song with a whole story narrative told over the course of its three and a half/four minute running time. It would seem I’m not alone. There are countless examples of ‘story songs’ becoming huge hits in the UK singles chart, with country music providing a particularly rich breeding ground for the genre. Dolly Parton turned her hand to the task on more than one occasion, whether it was poor mousy Jolene trying to scare away the town slut with a few quiet words or her ode to up-cycling, Coat of Many Colours, which judging by her own fondness for the home-made and gaudy must be a special favourite for Kirstie Allsopp. Bobby Goldsboro’s blub-fest, Honey, which tells the story of a man who consoles himself after the death of his girlfriend by forming a strange attachment to the tree she planted in their back garden – when it was ‘just a twig’ – was a no.2 hit on two separate occasions in the UK – in 1968 and 1975 – and all I can say is you wouldn’t see any of that nonsense on Alan Titchmarsh’s ‘Britain’s Best Back Gardens’.

Some songs painted such a vivid picture they formed the basic plots for several made for TV movies. So we were treated to the mini-skirt wearing Mrs Johnson defending her ‘trampy’ reputation at the Harper Valley PTA, by pointing out a few home truths about the other association members, in Jeannie C. Riley’s 1968 US no.1, and the mystery of what exactly went on to cause Billie Joe MacAllister to jump off the Tallahatchie Bridge in Bobbie Gentry’s Ode To Billie Joe, also a Billboard no.1 the previous year. King of the country song to movie transfer was undoubtedly Kenny Rogers whose song The Gambler spawned a whole series of movies and his tale of ‘young Tommy’, who’s dying promise to his father to ‘turn the other cheek’ earned him the title of ‘Coward of the County’ and the nick name ‘Yellow’ amongst the rougher elements of the local townsfolk. While it’s an admirable sentiment, I’m not sure his justification for the vengeful bloodbath that closes out the song’s final verse, ‘sometimes you gotta fight when you’re a man’, would stand up in court.

Outside the country genre, there are a few notable examples, including Hazard, Richard Marx’s reimagining of Steinbeck’s ‘Of Mice and Men’ and even the Human League’s Don’t You Want Me stands as a modern-day re-telling of the classic ‘A Star Is Born’ story.

My personal favourite is a recent discovery, thanks to BBC Four’s on-going re-broadcasting of Top of the Pops 1980 – Platinum Blonde by Prelude.

Prelude was an English folk-rock group, formed in 1970, consisting of husband and wife duo, Brian and Irene Hume, and guitarist Ian Vardy. As a trio, they scored a hit with a haunting a cappella version of Neil Young’s After the Goldrush – peaking at no.21 in 1974 and hitting the top 30 again in a re-recorded version in 1982. In between came Platinum Blonde, a decidedly more unsettling song with a lyric which reads like something from Nick Cave’s Murder Ballads project, except even the antipodean ‘Prince of Darkness’ would probably have said, ‘Nah, this seems a little bit on the gory side.’

Against the backdrop of a galloping, cheesy, soft-rock track – with an intro that’s frighteningly reminiscent of Marillion’s Kayleigh – and male/female duet vocals alternating on the verses and chorus, the song tells the story of an impressionable young girl’s attempt to make a name for herself as an actress/performer, initially with the full support and encouragement of her parents, until, in the clutches of an indisputable svengali-type, she unwittingly joins the cast of a touring ‘Girlie’ show – it really is a Channel 5 documentary waiting to happen – ‘From Stardom to Smut: The *insert name of any former female Big Brother contestant here* Story’. As the tragic tale unfolds, with each chorus taking the form of another letter home from the girl to her parents, we learn that she has realised “it might not be Shakespeare, but I’m happier here” and has resigned herself to life as the titular Platinum Blonde. Her father makes his excuses to his wife, heads out of town to see his daughter perform in the show for himself and is eventually filled with shame and rage at what he sees ‘through the red lights and smoke on the stage’.

In what might be the harshest bit of stage criticism since Noel Coward’s often quoted response to one poor girl’s performance – “She stopped the show – but then the show wasn’t travelling very fast” – the Platinum Blonde’s father goes backstage and, with the help of his shotgun, ensures there won’t be an encore. In the song’s final chorus, sung by the girl in the form of her last letter home, we hear that she has in fact been putting a brave face on it, saving her money to ‘buy herself out of the show’ and is heading back home after one last performance. Hey, maybe it is a little bit Shakespeare after all.

The song ends with the taunting, “can you read between the lines?” repeated refrain, which might just be the best parenting advice you’ll ever receive and justification enough for creating the fake Facebook profile you use to keep track of your kids and spy on their every move. 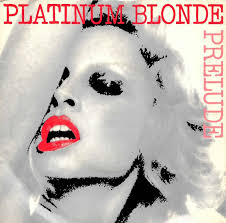 Who could sing this today and have a hit? – Ok, stick with me on this one. Let’s give this to Dido. It’s abundantly clear no one is listening to anything she releases these days, so in its original form it would be completely ignored on its initial release. Give it a couple of years and then watch it become a monster hit as a sample on a glorious re-teaming with Eminem for Stan Pt.2.