Sometimes I really do wonder what goes on when record company types are trying to decide on what singles to pick from an album. It is, of course, a very tricky science, made all the more difficult if the first single happens to be a worldwide, monster smash hit. Let’s look at Belinda Carlisle‘s Heaven is a Place on Earth as the greatest example of this problem – number one all over the planet and just completely, completely glorious: one of those records that instantly turns a pop star into a superstar. How do you proceed once the initial fuss has died down?

I’ve always found the following approach to be the most sensible:

The second single will suffer in comparison but will get by on goodwill – therefore it doesn’t need to be quite as good. In fact, putting out a song of equal brilliance at this point is a bit of a waste, really, because everyone is still a bit in love with the first hit. Quite sensibly therefore, we got I Get Weak, a slightly plodding Diane Warren mid-tempo number which is elevated to near greatness by one of Belinda’s best ever ad-libs (the “I…I….I” at 3:47). It reached no.10 in the UK, which is pretty much as high as anything would have climbed at this point.

For the third single you need to push the boat out a little and up the amazingness levels – this is often done with a killer ballad, and here Belinda had an ace up her sleeve: Circle in the Sand, which is quite unusual in the pop canon in that it’s a fast ballad. Slightly menacing and missing the kitchen sink that accompanies every other Belinda song, it’s completely different from its predecessors and still makes me want to move to California every time I hear it. It went far higher than I Get Weak, peaking at no.4 in the spring of 1988. Belinda’s campaign was on a roll, and nothing could possibly go wrong now, could it?

Well yes, it could, because the fourth single is often where things come a bit unstuck. By this point we’re well into “everybody’s got the album already” territory, and another automatic top 10 is going to take some effort. Sometimes I think this is the one where the artist gets to pick their personal favourite because they’ve worked really hard for months and they deserve it. And other times I think someone just sticks a pin in the back of the album and says “that’ll do.” Whichever it was, what we got was the lovely but really-not-a-single World Without You, which dragged its way to no.34. What we should have got was something that harked back to those halcyon Heaven Is a Place on Earth days that reminded us that when it comes to power pop, there’s no one better than Belinda. And that song was right there on the album, crying out to be a fourth straight top 10 smash – Fool For Love.

I always feel a bit breathless after listening to this song, like I’ve just taken part in the drag race in Grease and won. Everything about Fool For Love is pure hedonism – from the driving guitar to the glistening synths to the incessant beat that may or may not be driving you towards a cliff edge. But as the entire message of the song is “I don’t care”, why would you stop? I like to think this was playing when Thelma and Louise hurtled into that canyon, rocking out one last time before suddenly going “oh shit.”

Few records deliver the gut-punch that a new affair can, but Fool For Love does. All reason goes out the window – it’s defiant, irresponsible and impossible to control. Who better to sell that feeling than Belinda Carlisle? Here’s someone who clearly heard the line “I am woman, hear me roar” and took it quite literally.

Sometimes bad things happen to good records, and Fool For Love never quite got to become an anthem for people who should know better but just don’t give a toss. And while Belinda’s career hardly suffered, a million high school proms missed out on an absolute banger. 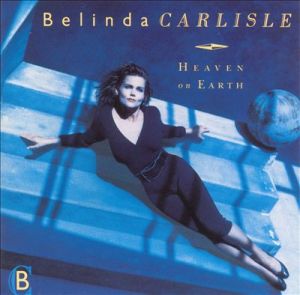 Entered chart: scandalously, was not released.

Who could sing this today and have a hit? Remember when Belinda covered Freda Payne‘s Band of Gold and for the 12″ Freda came along and joined in a bit? (See also: when Lindy Layton drafted in “Queen of Lover’s Rock” Janet Kay for her version of Silly Games). Now I’m imagining Demi Lovato tackling this with Belinda popping up for a trademark ad-lib or two. Gulp!