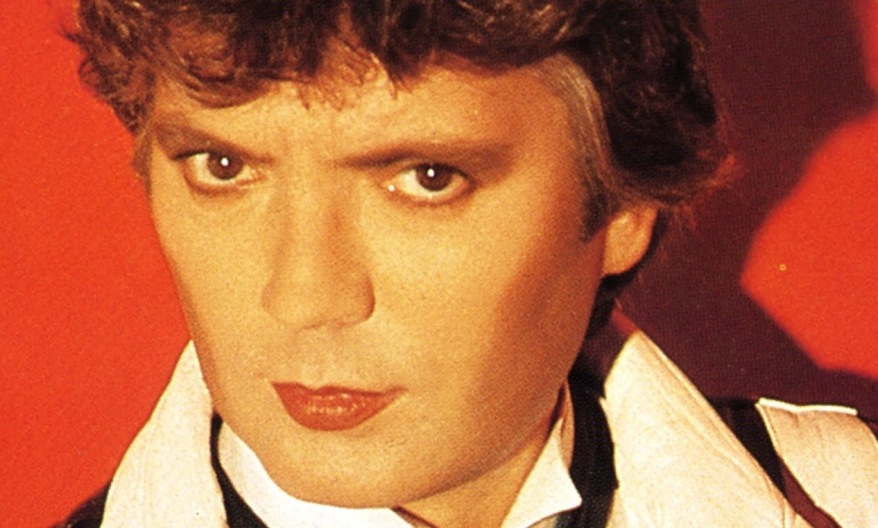 Something we haven’t talked about much so far is Hi-NRG. It’s a funny old genre in that is was hugely influential, but many of its acknowledged classics never troubled the UK chart – arguably the quintessential Hi-NRG record, Miquel Brown’s So Many Men, So Little Time, never got higher than no.78. Instead, it arrived in the charts through the more mainstream filters of Hazell Dean, Dead or Alive, Pet Shop Boys and, once or twice, Divine.

I suspect the reason for this is that most songs in the genre dealt almost exclusively with sex -and not sex as part of a mutually respectful, loving monogamous relationship. Hi-NRG was largely about satisfying urges – those urges which usually occurred on the dance floor in a seedy nightclub.

Of course the UK charts were no strangers to sex in this period – both Soft Cell and Frankie Goes to Hollywood traded quite extensively on it – but because they were British, most of us (other than Radio 1‘s Mike Read) were able to convince ourselves that lyrics like “When you want to suck it, chew it” related to a cough drop. The Europeans, however, were another matter entirely. They loved their Hi-NRG – some countries still do, as any given year at Eurovision will attest – and the filthier the better. This explains why Slice Me Nice by Germany’s Fancy became a sizeable hit on the continent in 1984.

Fancy – born Manfred Alois Perilano (I’d have stuck with that) was a big star in Germany and, pleasingly, is close friends with Siegfried & Roy. Slice Me Nice was his breakout hit and it’s Hi-NRG’s very own MacArthur Park – because every genre needs a cake-themed classic. Fancy hasn’t, however, left his out in the rain – Fancy is the cake, and Fancy wants to be sliced in two and served to “hungry guys”. I can’t help thinking it’s a metaphor for something but I can’t imagine what.

There are a lot of troubling things about this record, not least among them the video – I keep hoping that poor girl he’s following around will pepper spray him in the face. The lyrics are basically insane, with lines that make absolutely no sense squashed together – “I need you baby / Like cold hands need a glove / Slice me nice / Slice me nice” – at this point there’s been no mention of cake yet, so you’re rather left wondering what on earth gloves and slicing have to do with each other. By the time we’re halfway through, Fancy is helpfully spelling out S-L-I-C-E for us (not nearly as catchy as D-I-S-C-O to be honest) and you’re basically convinced that, yes, this man is a complete lunatic.

And yet…that beat, that driving bass-line, that slightly pervy synth melody, that whispery, almost confidential vocal – they do speak to a person’s urges. Odd how something almost completely mechanical and entirely without emotion can make you want to do unspeakable things. Just not with Fancy.

If you’re still thinking “well, thank goodness this kind of thing never took off here”, it’s worth pointing out that Pet Shop Boys‘ In the Night – a close relation of Slice Me Nice – ended up squarely in the mainstream as the theme for The Clothes Show for many years. Fancy that. 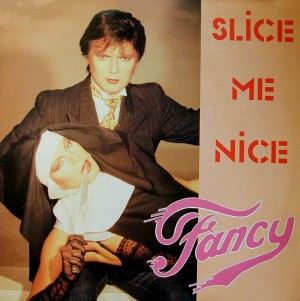 Who could sing this today and have a hit? God help anyone who tries.