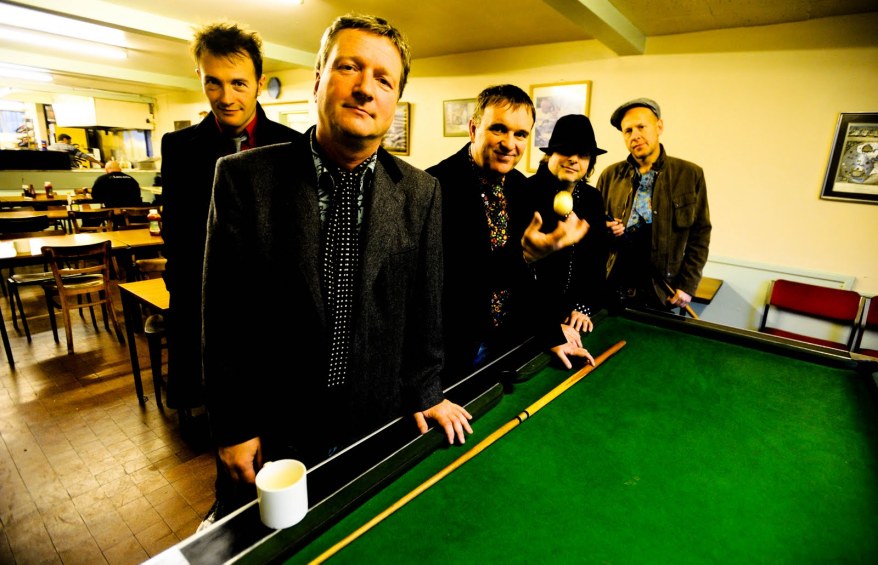 Is it possible to write a truly joyful song about death? The power of pop music to move listeners and to heighten or provide an emotional underscore for most human experiences is indisputable. But when it comes to dying, pop composers tend to veer towards the maudlin (Tears in Heaven by Eric Clapton), the campy (Leader of the Pack by the Shangri-La’s) or the we-can’t-criticize-it-even-though-we-hate-it-because-she-was-the-people’s-princess (Candle in the Wind 1997 by Elton John). It’s rare to find a song that recognizes the bittersweet essence of the passage of life, that strange combination of sadness, sorrow, and pleasure at remembering and memorializing a loved one.

Leave it to one of the greatest songwriting teams of all time to come up with a suitable and moving example. Chris Difford and Glenn Tilbrook of Squeeze are often considered, after Lennon and McCartney, to be the best British songwriters of the rock era. From the early 80s days of their pop-punk chart success in the UK (Tempted, Up the Junction, Cool for Cats, Another Nail for My Heart) to their triumphant late 80s ascension on the US charts (Hourglass, 853-5937), the band has been known for its highly melodic, extremely witty lyrics and exquisite songcraft. Despite these chart hits, Squeeze have always been more of a critical and fan favorite than a huge-selling, arena-filling behemoth like some of their chart contemporaries Duran Duran, Wham and U2.

For most of the 1980s, the band was signed to the A&M record label. But when their 1989 album Frank resulted in no charting singles in the UK, they were dropped from the label. They then recorded an album for Reprise (Play), which yielded a few songs that were hits on US modern rock radio (Satisfied, Crying in Your Sleep). Once again, however, they were dropped almost immediately from that label as well when the album did not sell in huge numbers. When they re-signed with A&M in 1993, they were ready for a comeback.

In terms of chart position and sales, the resulting album Some Fantastic Place was not a giant success, although the lead single Third Rail became their first top 40 hit in six years. Artistically, however, the album was a pop tour de force, with every track a melodic and lyrical gem. Standout tracks Everything in the World, It’s Over and Loving You Tonight (which featured Paul Carrack on lead vocals for the first time since Tempted) rank among the best in the Difford/Tilbrook catalogue.

The album’s third single, the title track Some Fantastic Place, is its masterpiece. Both Difford and Tilbrook have stated multiple times that it is their favorite Squeeze song. The song is ostensibly a tribute to a female friend of the band who died young, a girl who had persuaded Glenn Tilbrook to answer Chris Difford’s ad for a guitarist (which in turn led to the creation of the band). Rather than milking this tragedy for pathos, the songwriters composed a graceful number that leaves the listener feeling wistful yet uplifted and full of optimism. The melody alternates between major and minor chords, echoing the way emotions after a death can veer from happy to sad on a dime. The lyrics of the song, while specific to the Tilbrook/Difford friend’s life story, are universal enough to serve as a memorial for anyone who might have died in the listener’s life. “Today she lives another life / In some fantastic place” – could there be any more brilliant way to state the passage of a life so simply but so movingly?

The final verse of the song is probably its most poignant: “I hope that when it’s time / For me to come her way / That she’ll be there to show me around / Whenever comes that day / Her love was life and happiness / And in her steps I trace / The way to live a better life / In some fantastic place.” And at 2:54, the song veers in a key change from simple guitar and drums to full on gospel. What started as a low-key ode turns into a fervent church choir triumph. This is pop songwriting at its best, folks.

Some Fantastic Place was not a pop success, peaking at an understated no.73 and spending only one week on the charts. But its legacy as one of rock’s greatest songs about death endures. This is because Difford and Tilbrook, rather than plumbing the depths of tragedy to produce something saccharine or artificial, created a song that celebrates as it commemorates. Genius. 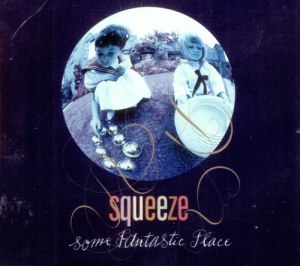 Who could sing this today and have a hit? I know this is against the rules, but I wouldn’t change anything about this one.