Gossip – Move in the Right Direction 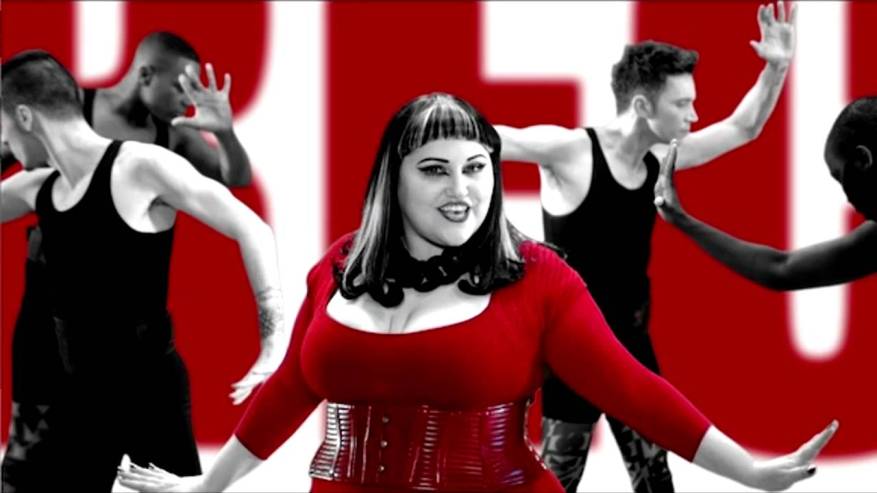 “I’m gonna face my fears… and move in the right direction”.

Recently, Beth Ditto strutted her stuff for Marc Jacobs at New York Fashion week, stealing the show and bringing proceedings to a thrilling close. it was a reminder, not only of her incandescent star power, but also that she has become better known for her willingness to push boundaries than her day-job of fronting the band Gossip. With the exception of the astonishing Standing in the Way of Control (a blast of disco-funk-punk that denounced Republican opposition to same-sex marriage), and the storming Heavy Cross, most of the band’s music remains sadly unknown to the general public. The former song in particular casts a long shadow over their career, setting an impossibly high bar to reach and instilling a view that all their songs have to say something meaningful in order to be good.

This impacted on their 2009 Rick Rubin-produced album Music For Men, which whilst sounding bigger and fuller than previous releases, felt a little overwrought, weighed down by its attempts to be political and commercial. It may have been big in parts of Europe, but it didn’t come close to the success that Rubin later had with Adele on 21.

This disjoint between fame and a lack of commercial success clearly played a part in the creation of the band’s fifth, and far more pop friendly album, 2012’s A Joyful Noise. Despite its charms it barely made a blip here, failing to even make the top 40. However, it contained at least two amazing songs, the best of which was the slice of pop perfection that is Move in the Right Direction.

Released as the album’s second single, Move in the Right Direction is a fist-in-the-air, self-empowerment disco-pop anthem and by all rights it should have been huge. Co-written and produced by Brian Higgins of Xenomania, it’s no surprise that it sounds like a Girls Aloud song, even throwing in a No Good Advice style guitar riff for good measure. And as that Girls Aloud track remains one of my favourite pop songs, I was immediately predisposed towards it.

Now, Beth Ditto has a voice of amazing range and power – she dominates the song, and thanks to Brian Higgins it is their most joyous pop moment yet. Their signature electro-punk-funk sound is reigned in (a little) and gone is the sexual-political themes of earlier records. The lyrics this time are gloriously relatable and thus become eminently sing-a-long-able. And the positive vibe is reflected in Beth’s performance in the video. She smiles throughout and is clearly having just as much of a blast as we are.

Now, pop songs can often be elevated to classic status by the smallest of things – an incredible fade out, a perfectly pitched ad-lib or even a spoken section (ideally in French). Move in the Right Direction has two of its own indelible pop moments – the little “uh uh whoo!” before the guitar riff, and the perfect middle eight – against cooing backing vocals Beth convincingly tells us how to stay strong and move on.

Shamefully the song was met with indifference by the UK record buying public and with barely contained contempt from some of the music press – who clearly were in a particularly miserable mood to be immune from its charms – bless them.

To conclude, I leave you with one of my favourite Beth Ditto quotes – “I’m a child of the ’80s, so the images I saw on MTV were of Madonna, Cyndi Lauper, Boy George and Michael Jackson. Those are the images that have stuck with me and it was pop music but it was a time when pop music wasn’t always accessible. People have become really comfortable with it since, but back then people weren’t. I just love that dangerous side of pop.” Amen. 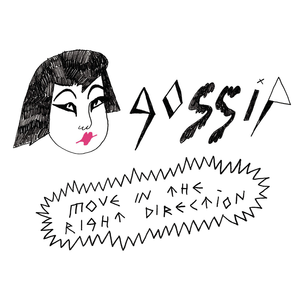 Who could sing this today and have a hit? Well, Girls Aloud when they gloriously (and inevitably) reform to celebrate something.