“Going out on a high” is one of those pop phrases that gets thrown about a lot at the end times of a group’s career, and, like many other such statements, including “we’re best friends” and “we had a big hand in the songwriting”, it’s at best meaningless and at worst a giant lie. Almost no-one goes out at the actual top – usually there’s been some evidence of commercial decline beforehand, even if it is subtle – and in the modern pop era really only Wham! left the party before they were asked to.

This is such an established thing in pop that I’m sort of surprised more people don’t plan their exit strategy, allowing for one last valedictory lap around the charts with a completely amazing song. Take That clearly tried to with Never Forget, but I suspect the small print in their contract required a new song for a Greatest Hits, and with Gary Barlow eyeing his solo career and unwilling to hand over one of his tip-top new compositions we ended up with an insipid Bee Gees cover as our reward for five years of loyalty. Tut.

Nowadays – largely, in fact, thanks to Take That – we’re trained not to be fooled by a pop group’s split. That ‘Best Before’ sticker is now accompanied by an additional ‘Reactivate in 5-10 years’ one. Of course what this means is that a band now has two chances to say goodbye, and in the case of Girls Aloud, two chances to balls it up.

There was clearly a certain amount of bet-hedging going on when Untouchable was released as the last single from Out of Control in 2009. The previous one (and in my mind their best ever) The Loving Kind had peaked at a disappointing no.10 and signalled that the end of their imperial phase was upon them. Rumours of internal discord were flying – mostly at Nadine’s head – and Untouchable was a bit wistful, with lyrics talking of wind and rain and the sun going down. It all had a distinct ‘you’d better sit down kids’ feel about it. The song was mature, graceful and undeniably good – but for me it was completely the wrong choice. If I was going to have to live through a Girls Aloud interregnum of indeterminate length I wanted them to go out as they came in – brash, bold and pretending that they’d be back in five minutes. And the song to do that job was Miss You Bow Wow.

The intro is one of the group’s greatest – that jagged, faintly sexy guitar is pleasingly moody, suggesting that Cheryl, Nicola, Sarah, Kimberley and Nadine are off somewhere to cause trouble and it might be best if you didn’t follow. But of course we do, and it turns out they’re having an amazing party somewhere unexpected, like in a deserted petrol station forecourt. Yes, we’re firmly back in Sound of the Underground territory here – reckless, breathless and almost too fast to dance to. It’s pop hedonism at its finest, and the lyrics – “I remember living that dream / Twenty minutes in a hotel bar / Then I slipped into your girlfriends jeans” sum up the way I always wanted to remember Girls Aloud i.e.) as pure pleasure seekers. In my book, Miss You Bow Wow stood a far better chance than Untouchable did of overcoming the slight air of girl-band fatigue that was setting in. In the finish up, Untouchable peaked at no.11, ruining both their streak of twenty consecutive top 10 hits and the lives of quite a lot of fans.

Reunited three years later for a proper farewell, Girls Aloud had the chance to do it right – and as we’ve discussed here, they had the exact right song to do it with – On the Metro (presumably Newcastle, not Paris). Performing the exact same function as Miss You Bow Wow, it really would have seen them go out on that elusive high. But instead we got drippy ballad Beautiful ‘Cause You Love Me, and this final final single saw them end their chart career at no.97 – a sad footnote to a whole lotta history. 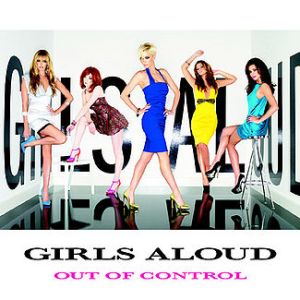 Who could sing this today and have a hit? Have The Saturdays said goodbye properly yet?