Florrie – I Took a Little Something

If I were the sort of person who kept files, I’d have a big one marked “Why Isn’t This Person/Group a Huge Star Yet?”, and when I opened it out would fall tons of amazing records – most of them by Annie, and quite a few by the lady we’re going to be talking about today.

Growing up, we’re generally taught that if you knuckle down, work hard and do good things, success will follow. This is of course solid advice for almost any career other than being a pop star, or an actor. Most of us dread our quarterly performance appraisals – imagine having one of those every day, via social media, from thousands of people who’ve never met you and never will. Public opinion has never been as public as it is now, and it makes being a pop star harder than it’s ever been before. I’m really not even sure that chart performance is used as a metric for success these days – I secretly suspect people are being signed on whether or not they’ve had a Twitter spat with Azealia Banks (which at the present rate will be everyone on the planet by Christmas).

My point – basically the same one I always make – is that there are some incredibly brilliant records out there that just get lost. I understand that the way music is consumed has changed immensely and that everyone is streaming nowadays – and while I don’t necessarily approve, I get it. But it does all seem to be leading towards the charts becoming completely irrelevant, especially to the younger end of the market. Not to make Sam Smith the butt of everything, but I don’t see In the Lonely Hour spending nearly a year inside the top 5 as a good thing – it’s a mass market stranglehold that’s squeezing the (shelf)life out of potential new stars.

All of this is a very roundabout way of getting to Florrie, who by rights should be a huge pop star by now but isn’t yet. She has a great one line biography on her website that basically tells you everything you need to know: “Florrie is a drummer, singer and songwriter making high quality pop music to make your life brighter”. Isn’t that brilliant? As a pop customer I would buy her album on the strength of that sentence alone, without even knowing that’s she’s a part of the Xenomania family and drummed on all the early Girls Aloud records. She’s been around as a star in waiting since the tail end of 2010 and has released several top notch EPs over the last few years – but the track that gave me the pop shivers came from 2011’s Experiments EP – I Took a Little Something.

There’s a very specific reason why I loved this song so instantly and completely – that fizzy, hyperactive piano line that runs right through reminded me of something and it took me a long time to figure it out. Eventually I did, and it was Kim Wilde‘s Love in the Natural Way (no.32 in March 1989). I have always loved that single, even if its title and lyric (“no union is stronger than a woman and a man”) render it almost unplayable these days. It does, however, contains Kim’s best ever “whoah-oh” at 3:25 and is worth it almost for that alone.

I Took a Little Something, although twice as fast, shares just a touch of the melody of Love in the Natural Way, and also – even though it deals with uncertainty in its lyrics – its general elated and sort of airborne feeling. It’s also one of those incredibly simple, astonishingly effective records in which the verse and chorus turn out to be the same thing – it’s kind of a pop relay race, and every time the baton is handed on there’s an extra little whoosh or fizzy bit. It’s all enormously exciting and when I put it on I don’t want it to end.

Does I Took a Little Something Better make your life brighter? Oh god yes. Will Florrie become a huge pop star? I really hope so. She’s signed to Sony now, and if this year’s Too Young to Remember is anything to go by, she’s just getting better and better. 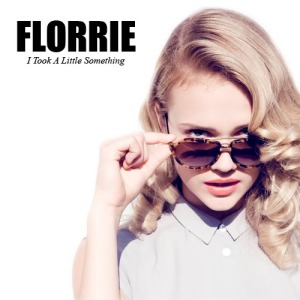 Who could sing this today and have a hit? The next pop star who has a tabloid drugs scandal.