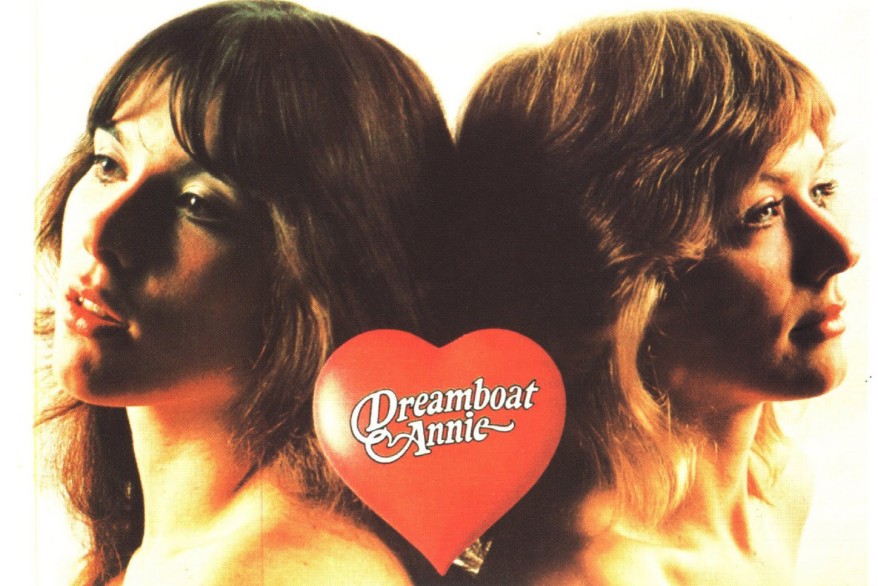 As we’ve previously discussed in this column, while the US and UK singles charts of today look remarkably similar, back in the pre-digital age there were huge discrepancies between songs that became hits in the US and in the UK. These chart discrepancies also created huge career discrepancies for some of the biggest artists of the time. For some acts, this meant being superstars on one side of the Atlantic while remaining one-hit wonders on the other (see Take That). For others, it meant having completely different runs of hits in the US and the UK (ABBA, anyone?). And for at least one superstar group, it meant having a whole career of hit making in the US – almost ten years of hits, in fact – before denting the British charts. That group?  Everyone’s favorite sister act, Heart.

Often erroneously considered a Canadian band, Heart was actually first formed in the late 1960s in the Seattle area and its original line-up was all male. The band went through several iterations (and several name changes, including “Hocus Pocus” and “White Heart”), but the addition of its eventual secret weapon, sisters Ann and Nancy Wilson, came about in an interesting way. In 1972, band member Mike Fisher fled to British Columbia to avoid the Vietnam draft. Ann Wilson met him in Vancouver at one of the band’s shows, promptly fell in love with him, and decided to stay in Canada. Her sister Nancy Wilson followed and then became romantically involved with Mike’s brother Roger. The four of them, along with bassist Steve Fossen (who had also moved to BC), formed what became the 1970s core of the band, now re-christened simply Heart. (Given the romantic entanglements, “Rain City ABBA” might have been a more appropriate name.)

The band recorded its first album, Dreamboat Annie, in Vancouver in 1975, and it sold fairly well in Canada. It was then released in the US, where it became a bona fide smash, reaching no.7 on the Billboard album charts and selling over a million copies. The album’s first single, Crazy on You, only reached no.35 on the US singles chart but became an FM radio airplay smash. Part of the reason for its success was the uncanny similarity of the Wilson sisters’ vocals to those of Grace Slick of Jefferson Starship/Airplane (and many listeners mistook the single for a new song by Starship). But on the album’s second single, Magic Man, the sisters and the band forged their own musical identity and created a smash.

Magic Man tells the heartwarming story of a girl who is seduced by an older man against her mother’s wishes. To no one’s surprise, Ann Wilson divulged in an interview that the song was about her relationship with Mike Fisher. The song, which features the supremely enjoyable and classically 1970s sound of the Minimoog synthesizer, reached the US top 10 and became one of the defining rock anthems of the 1970s there. It also launched the band’s first American imperial phase, which included nine additional top 40 hits between 1976 and 1981, including the classics Barracuda, Heartless, Straight On, Dog and Butterfly and the band’s amazing cover of Tell it Like it Is. None of these US smashes, however, even dented the UK singles chart.

Fast forward to 1986. A “new” group appears on the UK charts, fronted by two sisters with large hair and even larger voices. These Dreams initially peaked at no.62, but the following year Alone entered the British top 5 and signaled the start of a five-year run of 8 UK top 40 hits for Heart. Some of these – including These Dreams, Never and What About Love – came from 1985’s eponymous album, which had kick-started the band’s second American imperial phase. However, the previous ten years of US hit-making still remained relatively unknown. Even Simon Cowell was not immune to this Heart chart ignorance – when a contestant performed Magic Man on American Idol, Cowell’s response was “your vocal was good but why did you choose this song that NO ONE HAS EVER HEARD OF?” Of course, US fans knew better. 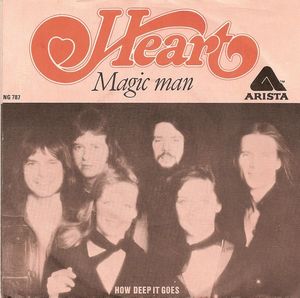 Entered chart:  did not chart

Who could sing this today and have a hit? Little Mix might be able to do something cool with this, although I’d love to see America’s sweetheart Gwen Stefani pop-punk this up.