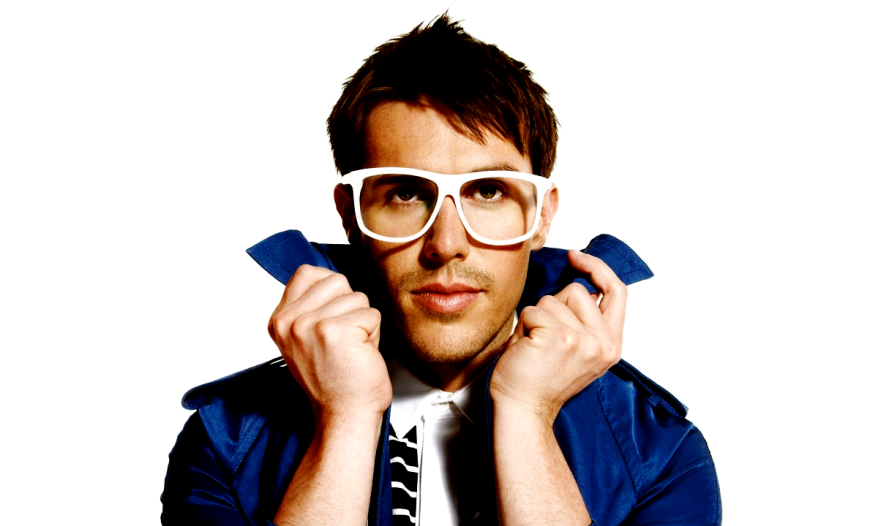 Some artists blaze into our consciousness with the release of an impeccable single, only to disappear just as quickly and become completely forgotten. Maybe it’s time I accepted that we live in a disposable download society where the need for a quick pop fix makes us constantly search for the next thrill. But whatever the reason, we sometimes lose track of some really rather wonderful pop stars.

An online chat with an Australian friend earlier in the week (hey Nathan!) soon progressed onto discussing one such pop star – his compatriot Sam Sparro. Sam grew up listening to his gospel singing minister father, a clear influence on his vocal style, before coming to London and diving head first into the club scene. Eventually ending up in LA, his music spans a range of dance genres, with disco and electrofunk to the fore.

His first single needs no introduction; the irresistible Black and Gold was released in April of 2008 and was unquestionably one of the greatest of the year. It just seemed to sound better and better as spring moved into early summer, and it became an almost permanent inhabitant of the upper reaches of the top 10. In fact, it stayed in the UK charts for a remarkable 47 weeks, propelled by sustained airplay and unstoppable word of mouth.

It eventually peaked at no.2 in the UK charts, kept off that coveted top spot by Madonna and Justin Timberlake’s 4 Minutes, a somewhat awkward double act which proved unassailable when it came to sales. But nevertheless, Black and Gold was massive, and it should have been the kick-start to a run of big hits from Sam – but as is often the way when one of your least representative tracks becomes a huge success, you are left with the unenviable task of trying to choose a follow-up.

Aware there was nothing remotely similar on the album, the follow up single chosen was 21st Century Life. An album standout, and with more than a passing resemblance to 1980s Prince, it’s a catchy, wonderfully inventive pop song with some crazy slap bass. Sam sings about how the future is now, but it’s not all its cracked up to be. It’s one of those songs, like Pumped Up Kicks by Foster the People or Hey Ya! by Outkast, that sounds joyous but has a dark heart beating at its core.

Reminiscent of Calvin Harris at the time, its one of those delirious records – full of hooks and great vocals – that is so easy to love. And to make the offer even more tempting, it was backed by Sam’s fantastic take on Estelle’s American Boy. But despite these credentials the song stalled at no.44 in the UK charts, marking the last time Sam had a charting single in the UK. So, what went wrong?

I guess it could be said that in releasing Black and Gold as a first single, Sam became an amazing pop one night stand: he simply gave up the goods without making us work for them. No subsequent single could ever live up to that amount of success or provide that same level of pop thrill.

Sam was also less than flattering about Madonna keeping him off the top spot. I remember gasping at his temerity in criticising the immaculate one, thinking at the time that he was in danger of alienating a large chunk of his potential audience. ‘You’re not young and sexy any more’, he said, going on to say Madonna had been ‘thoughtful and mature for a while and now she’s chucked it away in a desperate attempt at being hot again. It’s a bit vile’. Ouch.

But I think primarily 21st Century Life’s melding of house, disco, electro and funk was just a little too much for people to take. After the dark electro of Black and Gold, stylistically this was too much of a change for the record buying public to embrace. The pop-art styled video also veered dangerously close to presenting the song – and Sam – as a spoof, the exact opposite to the seriousness of his preceding single and video. Daring yes, but if we have learnt one thing from studying the charts, it’s that the record buying public does not welcome abrupt changes of style from their pop stars.

However, hindsight is a wonderful thing, and we can now see what an amazing pop song 21st Century Life really is. Go listen to that amazing bassline, and fall in love all over again – or, as is more likely, for the first time.

Who could sing this today and have a hit? Mark Ronson has been mining this particular sound for a while now. He could bring back Bruno Mars for a cover.