The Boomtown Rats – Never in a Million Years

Into the Popvoid’s special delivery of seasonally themed turkeys, which arrived pre-Christmas with almost advent calendar regularity, proved to be a real treat. Whilst this flurry of unexpectedly festive crackers wasn’t quite enough to coax me to revoke my status as a self-proclaimed Grinch, it did reaffirm my genuine affection for a related, but seriously under-appreciated, genre of music: The Accidental Christmas Song – the type of record which, either through cynical intention or fortuitous accident, becomes synonymous, albeit sometimes inexplicably, with the festive period.

When it comes to Christmas music, I’m a bit of a traditionalist. A blast of Nat King Cole, Brenda Lee or Phil Spector is much more likely to have me craving mint flavoured Matchsticks and satsumas than the more ‘modern’ seasonal offerings. But this may have more to do with the general difficulty I have embracing any ‘genre’ of music which, if you play by my house rules, should only be heard during 25 days of any calendar year and NEVER at any point either side of December.

Of course, there are exceptions. Kate Bush’s December Will Be Magic Again is welcome to pop ‘round for a glass of mulled wine 12 months of any year and The Waitresses’ Christmas Wrapping is, in my opinion, the best ‘modern age’ Christmas song – and having never climbed any higher than no.45 on the UK single chart, it’s a worthy future entry here in itself. But for me, it’s the ‘inadvertent’ seasonal songs which, free of overt Christmas references, are far more interesting and merit non-seasonal, year-round attention.

For some, it can be nothing more than a smattering of sleigh bells pushed to the front of the mix, while for others it’s nothing more tenuous than a mid-December release date, but it’s a trick which worked spectacularly well for the likes of East 17’s Stay Another Day, Spice Girls’ Goodbye and even Jona Lewie’s Stop The Cavalry.

My favourite ‘Not A Christmas Song’ is The Boomtown Rats’ Never In a Million Years, a record which, for me, has become irrevocably linked with the festive period, thanks mostly to its original release date – in the first week of December 1981 – and some presumably unintentional Christmas-y chimes ringing out rather conspicuously from deep within the production.

Since their UK chart debut with Looking After Number One in August 1977, the Bob Geldof fronted band of misfits had seemed untouchable, with (at least initial) strong support from the likes of The Melody Maker and NME and a rapidly built army of rabid fans. The band experienced an unquestionably meteoric rise, with their next seven singles, released over a period of just two years, all entering the top 20 with ease. Their ‘Imperial Phase’ ™ was emphatically sealed in late ’78 and mid ’79 by two back-to-back and career defining number one songs – Rat Trap and I Don’t Like Mondays. By perfectly melding the empowering, do-it-yourself mentality which had prevailed in the UK since 1977’s punk explosion with a more politically ‘switched-on’ and nuanced approach to songwriting and production, The Rats had acted as the perfect bridge between The Sex Pistols’ visceral, ‘filth and fury’ blast of unfocused energy and the New Wave lyricism of Elvis Costello, XTC and eventually The Jam.

Never in a Million Years marked a dramatic turning point in the band’s career. The song heralded a significant commercial downturn, delivering their first resounding flop single and bringing to an end the hot streak they’d enjoyed over the previous four years. While history neglects to recall if they managed to find any solace in the fact that this was the first of their records to finally seduce a previously resistant 15 year-old from Scotland’s central belt, it must have come as quite a shock and it would appear to have wounded a few of the fairly well-documented egos contained within the band.

A more or less completely overlooked gem, turning up as track 14 out of 19 on the last three Rats’ ‘Greatest Hits’ albums, Never in a Million Years benefits from a production – by Tony Visconti – which more than hints at Phil Spector’s work with The Ramones on their Baby, I Love You single and End of the Century LP. Somehow more stately and sophisticated than virtually everything previously recorded by The Rats, it retained much of their post-punk scruffiness and shambolic spontaneity. Mirroring Spector’s famous ‘Wall of Sound’, albeit passed through a rather less polished prism, it gives the impression that every sound contained on the record was created not by Geldof and company but instead by a group of one-man-band playing monkeys.

The record’s somewhat ‘wobbly’ production was, as it turns out, completely at odds with the precise, super-glossy, electro-sheen of the emerging New Romantics which were beginning to fill the UK top 40 around this point, and while that might explain Never in a Million Years’ immediate lack of commercial success it can’t detract from the song’s emotional clout. Directed at the world in general as much as to his own bandmates, Geldof – somewhat prophetically – delivers a tormented rallying cry: “I’ll tear down the sky / Don’t stop now / No never in a million years” before answering criticism that his band were already washed up and out-of-time with “I know I’ll never let / Those self-defeating fears / Spoil those golden years / These days that pass us by / So slow” – stating he’d rather “spit in their eye” than quit. A video which features the band valiantly trying to keep a storm tossed, sinking ship afloat only adds to the defiant poignancy of the whole affair.

The Rats would only have one more top 40 single – House on Fire in March 1982 – but for Geldof the next couple of decades would be dominated by a ‘Not-So Accidental Christmas Song’. While that particular record has undoubtedly earned its place in pop history, Never in a Million Years has the added advantage of not featuring Bono and at no point since its release has there been any attempt to put together a Stock/Aitken/Waterman produced cover version…although, obviously I’d be first in front of the Calrec Sound Field Mic, jostling for position between Pat and Mick for that one. 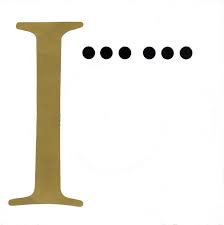 Who could sing this today and have a hit?  I think Adam Lambert has the necessary combination of grit ‘n’ sparkle to give this rough diamond a decent polish and bring it bang up to date.