Do you ever hear a song ahead of its release and think ‘Oo, now this will be a hit!’, and it makes you excited to have a new artist to pay attention to, but then it comes out and everyone sleeps on it? That’s exactly what happened when I first heard Now That You’re Gone by Tanya Lacey.

Hailing from Bristol, Lacey has yet to break through as a solo artist, although she’s already found success writing for others – most notably co-writes for Loick Essien’s no.2 near-miss How We Roll, and the no.3 hit T.H.E. by will.i.am, J-Lo and Mick Jagger. She’s also released an album of her own, the very good Head Chef, but Now That You’re Gone is arguably her finest song to date.

Released in 2013 during the height of popularity for massive tracks like Blurred Lines and Get Lucky, it was perhaps all too easy for Lacey’s single to get lost in the mix. It’s a short but immediately arresting song. Opening with some sparse keys, guitar and percussion, its unassuming and melancholic intro softly eases you into the song, building to a rousing power-ballad style chorus. Some Ryan Tedder-ish, thumping drum work emphatically underscores the striking hook that works as a perfect kiss-off to her Ex.

Much of the emotional resonance of the track comes from Lacey’s powerful vocal performance, but there are some nice lyrical touches too, like the barbed defiance of the line: “I know that you got no spine and this wasn’t your first time, but it’s the last time with me”. The accompanying video helps elevate the track further, as we get to see Tanya nonchalantly toy with her ex-fiancé while he’s on a date with another woman, thanks to some remote Voodoo-doll trickery.

Most recently, Tanya Lacey has featured on the Matrix & Futurebound track Don’t Look Back, but as songs like Now That You’re Gone highlight, she definitely has the talent to be recognised in her own right. As the music world gets ever more crowded, it would be a shame if more people didn’t get the chance to hear from Ms Lacey. 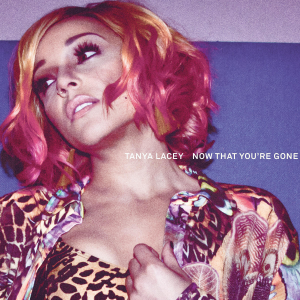 Who could sing this today and have a hit? Someone who’s got the chops to do justice to this emotive power ballad – maybe Kelly Clarkson or the recently released (from her crappy old label, not jail) JoJo.

View all posts by Elliot Robinson