For any serious fan of pop music, the period running up to the Eurovision Song Contest is like Oscars season for film fans. And while the competition itself is often packed with more turkeys than Bernard Matthews’s fridge-freezer – in part because of the BBC’s efforts – we must extend thanks to the Scandinavian countries for giving us song upon song worthy of a weepy two-minute thank you speech.

Chief among these is Sweden, who have turned the contest into a national sport. They take enormous pride in annually selecting a song capable of winning, reflected in four Top 3 finishes in the last five years (and twelve Top 5s in the last 25 years). Each of these was a winner of their gruelling FA Cup of pop: Melodifestivalen.

‘Melfest’ is huge. More than 40% of the entire Swedish population regularly tune into each episode; imagine The X Factor pulling in figures of 24 million, week after week, to get a British perspective on how popular it is.

In 2014, Sanna Nielsen had to rely on her small margin of 19,000 public votes to overhaul the international jury’s favourite: Ace Wilder’s ode to the dole queue, Busy Doin’ Nothin’.

It’s aggressive to say the least; the kind of song you punch along to on Friday night at the end of a long week, and loudly sing as you vividly imagine punching your boss, your landlord, Iain Duncan Smith, and that irritating guy who always tries to steal your seat on the way to work. I love it.

You might imagine this anthemic three-minute thumper is a hymn for the Kim Kardashian generation; a celebration of the lazy and the laissez-faire; a Careers Advisor’s worst nightmare. But actually there’s something philosophical about the lyrics: “You may not approve of my lifestyle, but while you’re working I’ll be living life.” It’s not about being lazy; it’s about the tireless monotony of the nine-to-five. Even the ‘work, work, work’ refrain errs on the side of annoyingly repetitive.

This is the power of pop music – to make us think about the big philosophical questions. What’s stopping us from sacking off the office job and flying by the seat of our pants? What becomes of the broken hearted? What is love?

Answers in the comments… 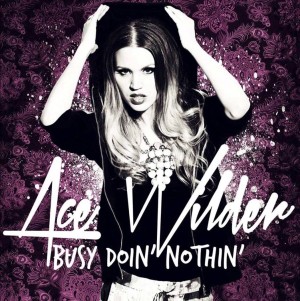 Who could release this and have a hit today: she’d have to put her own spin on the melody, but certainly Charli XCX.