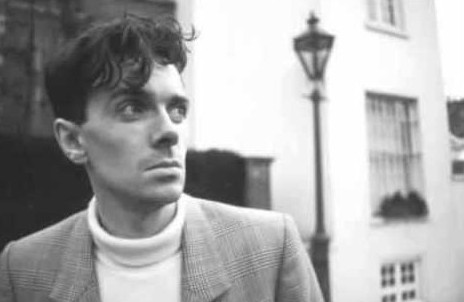 The 1980s get a bit of stick for being rather a vacuous period in UK pop – and if you were making a documentary about it you could easily paint things that way by showing footage of some dreadful City type with slicked back hair and a gigantic mobile phone to a backdrop of Mel and Kim’s F.L.M. (“If you’re in confusion, here’s the solution / Fun, love and money!”) But if you ask me there has never been a more angry, political and downright subversive ten years in pop – and that’s largely down to who was in charge of the country at the time. I say subversive, because most of us dancing at our school discos – or, as was the case with me, standing frozen in fear up against the gymnasium wall – had little to no idea that many of our favourite records were tackling the hot political issues of the day (you can, if you wish, read a bit more about this here).

What started out in quite oikish fashion (A Town Called Malice, Wham! Rap) gradually began to get more sophisticated and, rather like having to wear proper shoes to get into a nightclub, political pop began to dress appropriately so it could gain admission to places where it wasn’t necessarily welcome. It’s the Trojan horse all over again, only this time Troy was a wine bar. Out of everyone, the Blow Monkeys were probably the best at this – 1986’s Digging Your Scene (one of the first hits to address AIDS) slipped down nicely with a glass of Chardonnay, although of course I myself was still on the cream soda at the time. But an earlier stealth raid had been attempted in 1985, although sadly this one didn’t make it past the bouncers.

No 1 is a wonderfully subtle piece from Scotland’s Thomas Leer, the man who Smash Hits described quite rightly as an ‘intense, weirdo-electronic-noise-merchant-turned-pop-star’. It functions perfectly well as a kiss-off to a former lover or as a ‘told you so’ to someone who voted Conservative and hasn’t immediately been plunged into a new era of prosperity (“you made your mark and now you find / That you’ve got to pay the price”). In all honesty I’m not entirely sure which of the two it is, but with this kind of pop – lavish and lush and drenched in strings and saxophone – I’ve been trained to look for a bit of barbed wire. It turns out there’s plenty of it – I particularly love how the chorus builds you up with “now you’re number one…”, gives you a second to jig about victoriously while the backing singers chant “numb-er one!”, before it pulls the rug out from under you with “…on a scale of ten / Are you having fun?”

Listening to it now proves to be quite an odd sensation, because if you let your attention wander for more than a second you can quite easily convince yourself you’re actually listening to a great lost Blow Monkeys record – though in my opinion they didn’t perfect this sound until the following year. You could therefore say that No 1 was the next step in the journey towards the sophisti-pop sound (arguably started by The Style Council) that would feature so heavily in the charts from 1986 – 1988. Not that I think Thomas Leer ever intended to spearhead the genre – very little else on the parent album Scale of Ten (a great lost record, by the way) is in a similar style. But I suspect Dr Robert, Curiosity Killed the Cat and others were paying attention.

I’ll tell you who wasn’t paying attention: Arista Records. Once again, a potentially great pop star delivers a commercially viable album and the label barely tells anyone about it. Was their entire marketing budget being spent on the Thompson Twins? Probably. Was that wise? No. They let a pop genius slip through their fingers. After the album tanked, Thomas went off to the slightly more maverick ZTT and formed Act, his union with Claudia Brücken which yielded the completely brilliant album Laughter, Tears and Rage and the really quite vicious takedown of consumerism, Snobbery & Decay. It could have, and indeed should have been huge, but by this point we all seemed to love consumerism, F.L.M. was a top ten hit and ZTT was in the middle of a sale from Island to Warner. Act fell through the gap and once again Thomas Leer missed out on being a pop star. But for making amazing records, sticking it to the establishment and generally being a bit ahead of his time, he gets a 10 from me. 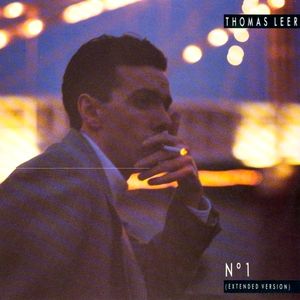 Who could sing this today and have a hit? I always have trouble placing this sort of thing, but given how in love Brandon Flowers seems to be with the 80s, let’s have him tackle it.