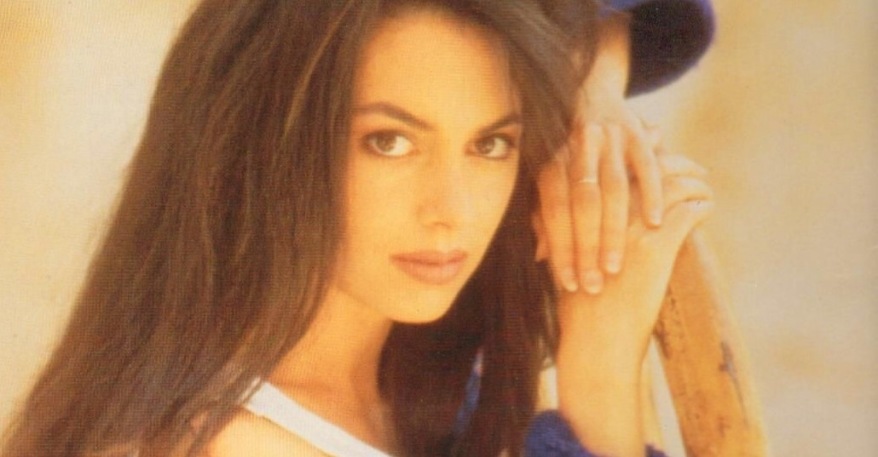 I love the feeling I get when I’m listening to an album for the first time and the singles make themselves known straight away, by virtue of being instantly memorable and because I immediately start planning the video. I used to think I was good at single spotting, but if there’s one thing this blog is proved it’s that I’m actually pretty terrible at it. Although obviously I still think I’m right.

The old rule with single releases used to be a couple of up-tempos and then a ballad, but I tend to think all that goes out the window if the first one flops. It’s more complicated now, because nothing actually flops anymore – a chart disaster gets written off as a ‘teaser’ track, meaning that the careers of some people exist of nothing but. However, I digress.

If we journey back to the spring of 1991 we find Susanna Hoffs in the throes of launching her debut – and really rather good – solo album When You’re a Boy, and as a long time Bangles fan I was right at the front of the queue when the up-tempo first single My Side of the Bed was released. Only there was no queue: it flopped and so did the album, which only made no.56 in the UK, hanging around for just two weeks. I imagine that at this point things at Columbia shifted into emergency mode, and various nervous executives started scanning the album for the song most likely to do an Eternal Flame (which had rescued the Bangles in the UK after In Your Room peaked at a disappointing no.35). Hence Unconditional Love was chosen as the second single – and while it’s actually lovely, Cyndi Lauper’s 1989 original is better. Susanna’s version may have had additional lyrics written ‘expressly’ for her (as the booklet stated rather pointedly), but it bombed too, which basically put an end to the campaign and meant that Wishing on Telstar – in my book the clear hit from the album – never got a chance to become adored by millions.

I was a bit in love with this song from the moment I played it – that tune! Susanna’s voice! That swirly, spirally guitar! That opening line! (“I had a lover…but haven’t we all”). It all felt slightly old fashioned in a lovely 1975ish, vaguely Rhinestone Cowboy/No Regrets sort of a way, and I figured that was enough to make it stand out from all other pop that year. Assuming that everyone else would feel the same way, I instantly started storyboarding my video for it, which would see Susanna – opening scenes shot from a helicopter, of course – twirling a silk scarf about her head outside a mountaintop observatory while imploring the satellite in the sky to keep her love alive (this would probably have been quite expensive, so I also imagined a low-budget motel room version).

I was wrong, of course, although not entirely. This sort of sound would come back into fashion just a couple of years later, but it was Sheryl Crow who would popularise it. Apparently we liked our female artists freshly minted in the 90s – no bad thing, that’s pop for you, etc – but I wish it didn’t always have to mean a wholesale tipping down the dumper of amazing people just because they’re no longer new.

Wishing on Telstar comes from a long line of long-distance love songs in which the romance is kept going – or is sometimes thwarted – by the telephone. The greatest of these, in terms of actual greatness and actual distance, is of course Clouds Across the Moon by the Rah Band, and a pre-requisite of this type of song seems to be a conversation with or plea to the operator during the middle eight. The Rah Band employ a heartbreaking but also kind of hilarious “I’ll try again…next year”, whereas Susanna just gets to go “Hello? Operator? Hello?” as she experiences connectivity problems. It would be even better if she went on an expletive filled rant immediately afterwards like the rest of us, but I suppose that would have ruled out any daytime airplay. Not that it that ever really got the chance.

In short, Wishing on Telstar is just a lovely song about wanting to be with someone who is far away, but being savvy enough to reverse the charges when you call  (“can I make this collect?”). Brilliant.

Who could sing this today and have a hit? I think it could do with beefing up a bit in terms of production, to bring out the frustration. And I’d like Carly Rae Jepsen to do it.