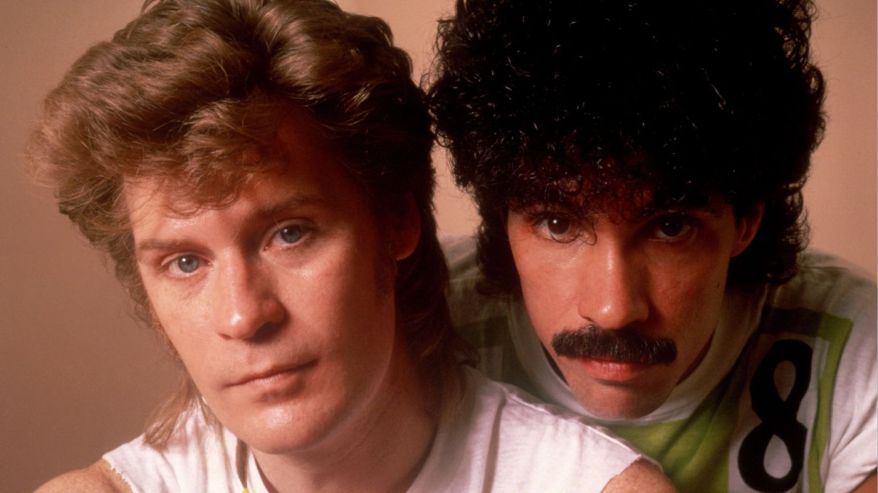 We’re all pretty hardcore pop fans here, and one thing I know we can all agree on is that when it comes to singles, versions are everything. We will all have our favourite version of a given song, and we will all have over-reacted quite spectacularly when the perceived wrong one somehow ends up on a greatest hits. When the utterly inferior album mix of Heart showed up on PopArt: the Hits by Pet Shop Boys, I went ballistic – firstly because it ruins the flow, and secondly because it appeared that Neil and Chris hadn’t bothered to check before signing off on it (which also explains the presence of the video mix of Suburbia). I expected better of them, didn’t you? Then there were the very strange edits that marred Madonna’s GHV2 – Ray of Light was completely ruined for me. I used to include almost all of The Immaculate Collection on this list, but I’m over it now.

Of course more often than not the single version is usually the same as the album version, especially these days – but where it gets a bit trickier is when a single comes from an album where the tracks are mixed together. It has to get chopped somehow, and it can go terribly wrong. The best example I can think of is when Jump was selected as the fourth single from Madonna’s Confessions on a Dance Floor. On the album, the introduction includes the bleepy-bloopy run-off from the preceding track, Forbidden Love. I reckon it’s the best part of the whole thing, especially if, like me, you’re in the habit of quoting the entire first verse of West End Girls, timed to finish just as the song’s main beat comes in. To my horror, the single version lopped the bleeps off entirely, leaving Jump naked, exposed and a tiny bit rubbish compared to its prior awesomeness. As a sidebar, did you know that the dominant streaming version of that whole album is now completely unmixed? Confessions was designed to be consumed in one go, and if you needed the toilet you went during Isaac. I can’t bear it.

Getting back on topic, 1984 saw Daryl Hall & John Oates reaching their pop peak. The album Big Bam Boom wasn’t mixed as such, but two tracks did sort of slide into each other. Opening track Dance on Your Knees (an Arthur Baker co-write) was basically just one and a bit minutes of very trebly percussion and fancy slap-synth, and it would be completely unforgivable were it not for the fact that this unholy cacophony acts as an extended introduction to the duo’s Great Pop Moment: Out of Touch. It all gets a bit complicated from this point on though because versions.

First up we have the album version, which remains my absolute favourite because of the noises at the start which are a bit of a leftover from Dance on Your Knees and sound like ghoulish voices having a right old laugh.

This will always be the definitive version for me, and of course this is the one that never turns up on a greatest hits any more. I know that makes sense, because it’s a bit of a jarring edit – but the single version lacks the immediate oomph that the hangover from the previous track lent it (just like Jump).

Do you see? Totally sans oomph, and it seems to take forever to get going as a result. But then you need to consider the video version, which is an edit of the 12″ and includes quite a bit of Dance on Your Knees – but once again my laughing ghouls have gone. Bah.

Do I spend too much time thinking about this sort of thing? Probably. But the upside of that is I spend a lot of time listening to Out of Touch, and boy does it bear repeating. The synth line is completely irresistible, which probably explains why it’s been pilfered to one degree or another a couple of times in the 21st century, firstly by Uniting Nations (a no.7 UK hit) and then Nero. Nothing compares to the original(s) though.

For a record whose overall effect is ‘gosh, that was exciting, let’s put it on again immediately’, it’s surprising how little there is going on in it. In a year when synth-led pop decided that more was most definitely more (Van Halen’s Jump, Two Tribes by Frankie Goes to Hollywood, Duran Duran’s The Reflex), Out of Touch somehow manages to sound huge while actually being pretty sparse – just a couple of chunky bass lines and a drum machine drive things along, though they take a back seat to the guitar on the verses. And then there’s that glorious synth line forming the hook, augmented by the lovely plinky-plonky one that’s sprinkled over the top. It’s all remarkably sedate, but of course the secret weapon that makes it seem larger than it in fact is, is Daryl Hall, delivering a vocal that leaps and soars during the quieter bits (the verses, largely) and sticks right with the synth during the chorus. It’s hugely exciting, and on top of this you get possibly pop’s best and most lingering “oooooooooooooh” (at 2:33 on the album version). And there are pauses! Actual bits where nothing happens, which I reckon was quite brave in a year when pop barely stopped to take a breath.

In America, Out of Touch quite deservedly made it to no.1 on the Billboard Hot 100, becoming their sixth and last chart-topper. Here in the UK, however, it flopped, Hall & Oates being one of those acts we always looked at over the top of our spectacles before deciding they weren’t quite our sort of thing. We only ever granted them two top 10 hits here (I Can’t Go For That (No Can Do) and Maneater, both in 1982), and also somehow figured that there were 31 records better than Private Eyes when it peaked in April of that year – one of which was Seven Tears by the Goombay Dance Band. Well done, us.

Still, there’s no denying that – whatever version does it for you – Out of Touch has transcended its original poor showing and become a pop standard, beloved by many, and none more so than clubby types. I expect it’ll crop up again any day now. 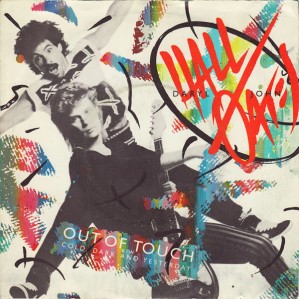 Who could sing this today and have a hit? I’ve always suspected Justin Timberlake of knowing his Oates (and Hall), so I’d love to hear him tackle this.