Gina G – Every Time I Fall 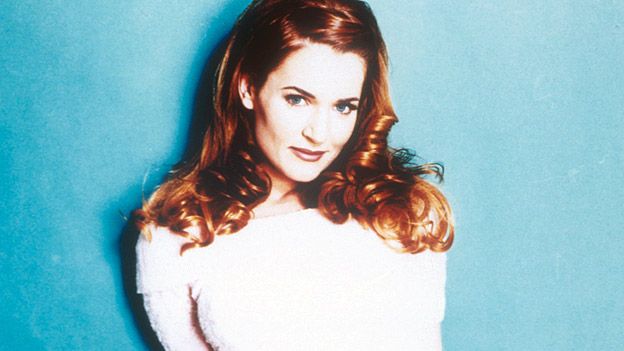 When is a cover version not quite a cover version? It’s a tricky old question. The pop industry is positively awash with songs that have done the rounds countless times before becoming a hit, and this means that by default the hit version sort of becomes the original, even though it patently isn’t. Prior to the arrival of the internet you could totally get away with this, unless you had a really big hit and the press were hungry for scandal (see Natalie Imbruglia and Holly Valance) – but once it did, many pop enthusiasts found their adolescent years being irrevocably changed when they found out that their beloved song wasn’t in fact hand written for their favourite artist or even the first recorded version (Belinda Carlisle’s In Too Deep and Robert Miles’ One and One were two such shocks for me).

Which brings us neatly to Gina G, whose sixth single Every Time I Fall probably sounded brand spanking new to everyone outside of Sweden. It seems a bit odd to recall now, but back in 1997 Gina G was THE female pop star. With Madonna too busy being Evita, Kylie too busy being indie and Louise in between albums, Gina was the only pop girl churning out the successful pure pop hits. Ooh Aah… Just A Little Bit had been a massive Eurovision smash (and would go on to be a Grammy nominated no.12 US hit), and the two follow up singles, I Belong To You and Fresh had both made no.6. The parent album, Fresh, which had a marketing budget popstars nowadays could only dream about (Adele may have had giant billboard posters for 25 but did she have promotional chocolate bars? I think not), had hit the top 20 and Warner Music were rather happy with their gal. So happy that immediately after the release of Fresh they commissioned her to record a second album.

Sadly this is where things started to become a bit unstuck. Gina herself was licensed to Warner through FX Music and it appears that the relationship between her and owner Steve Rodway (of Motiv8 fame) was deteriorating at quite a pace. Despite this, Warner continued unperturbed and released (albeit to the law of diminishing returns but hey-ho) Ti Amo and Gimme Some Love. The latter of the two included a bunch of remixes of Higher Than Love, which had been written by Rodway to be Gina’s second single but was ditched in favour of Metro’s I Belong To You. And so we move onto Every Time I Fall.

At this point contractual issues – which have ruined many a burgeoning pop career – began to take hold. Unable to extricate herself from her deal with FX Music, the iron that was once extremely hot was cooling down at an alarming pace, which perhaps explains the release of a sixth single from the album – but it was a fairly half-hearted release, buying neither time nor continued public interest.

The song itself was written by Swedes Anders Bagge, Harry Sommerdahl and Meja Beckham (of It’s All About the Money fame) and was first recorded by Swedish outfit Dreamworld under the name Every Time I Fall (For Your Eyes). It was released as the third single in 1996 from their sole album Heaven Sent (which also contained Movin’ Up, which Dannii Minogue later recorded for her 1997 album, Girl). A lush, dreamy ballad, the single came complete with an instrumental version which, minus a few strings, piano chords and acoustic guitar twangs, seems to be the same backing track Gina used (the single is on Spotify for the curious). In fact the backing vocals on Gina’s release are by Bagge and Bella Morel (the vocalist from Dreamworld), making this an exercise in copy and paste production if ever there was.

Saying that, the vocals for the Dreamworld version are so paper thin you’d forgive Gina for thinking the original was just a demo by a session singer, rather than it being a song for her to cover – hence my initial question at the top of this piece. Recorded at the tail end of 1996 along with the other tracks for the Fresh album (all within five weeks), this is only one of two tracks from the album not provided by Rodway or Metro. For this version there’s an absolutely glorious intro and the lyrics are brought to life by the vocally superior Gina (sorry Bella), along with a wonderful ad-lib towards the end which, had it ever actually been heard in a nightclub, would have had many a gay man lip-syncing along. But of course in its original ballad form it would almost definitely never have been played.

For its release as a single, you couldn’t help but think that Warner had given up slightly. In order to rid the kids of their pocket money, all of Gina’s previous releases had been a two CD affair, whereas this was a solitary release. And despite roping in Todd Terry (at the time a hot property) to provide remixes, along with eurobeat and Gina G stalwarts Metro, only five remixes were issued – compare that to the thirteen for Ti Amo. Also the other cynical ploy of getting the kids to shell out their cash i.e.) a free poster or postcard set, (previously employed for Gina’s releases), was similarly unused.

Coupled with a lack of promo opportunities and not much radio play, Every Time I Fall flopped badly, not even making the top 50. With Gina unable to provide Warner with a second album, they backed away and dropped her, and thus her reign as THE female pop star was sadly over – ending with with a bang of a single but a whimper of a hit. A second Gina G album would eventually be recorded for Warner Music but that’s another story…

Who could sing this today and have a hit? To be honest pop like this doesn’t really have a place now, but if I had to choose (and given that she’s on the comeback trail and loves nothing more than slapping her vocals over an instrumental), step forward Dannii Minogue!