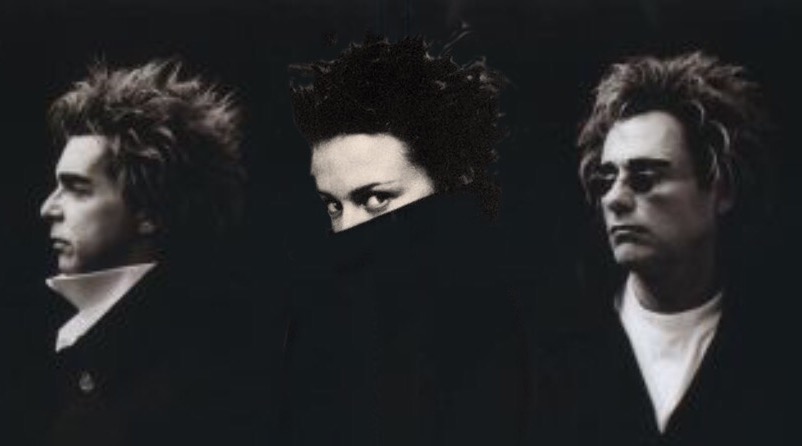 If there’s one thing I took away from Pet Shop Boys’ Inner Sanctum – their sold out, four-night residency at London’s Royal Opera House in July – it’s the fact that EVERYBODY loves a good light show; especially if it’s accompanied by a pulsing electronic score and the BPM count is cranked up to ‘Frantic Dancefloor Mode’. Jean Michel Jarre knew it in the 80s and Coldplay are obviously doing their best to carry on the tradition today. Of course, it’s such an impressive ‘trick’, it’s use isn’t restricted to music; even Nicholas Winding Refn, the filmmaker responsible for Drive, Only God Forgives and Neon Demon, is using a similar set of tools to consistently pull the wool over our eyes and persuade us he’s actually an accomplished film director.

Clearly, Neil Tennant and Chris Lowe have nothing left to prove. After thirty years at the forefront of British pop with an unbroken record of thirteen UK top 10 studio albums and more than forty top 40 singles, it’s clear they know how to put together a crowd-pleasing live show. Closing Inner Sanctum with a euphoric version of Always On My Mind, one of the band’s biggest and best loved hits, was a clear indication that these Royal Opera House shows were intended to be a joyous, feel-good affair: a party with no come-down and a celebration of all things Pet Shop Boys.

Now, while I have a specific issue with their version of Always On My Mind – a record I grudgingly purchased as a 50p mark-down at the end of its chart run, in an act of completist obligation rather than willing participation – I realise I may be in the minority. The thousands of people who voted for it to top a BBC poll in 2014, crowning it the ‘Greatest Cover Version of All Time’, probably hold it in much higher esteem. Personally, on its release, I could never decide if Always On My Mind was Wally Pop at its very worst or Disco Reclamation at its most fabulous. It was only when the song re-appeared on the band’s third studio album, Introspective – as Always On My Mind / In My House – that my lack of enthusiasm began to subside and I started to embrace, albeit with some lingering reservations, its utter brilliance.

While the Inner Sanctum shows were overwhelmingly well received, delivering a breathtaking spectacle, venerated by fans and critics alike, they really only showcased one aspect of what makes Pet Shop Boys so unique and endlessly fascinating. These were decidedly upbeat performances, with no room for subtlety or solemnity and, thus, omitted the likes of Being Boring, Rent and Jealousy. It has to be said, it’s this side of Pet Shop Boys’ output I’ve always found most interesting.

Don’t get me wrong, Neil and Chris know what they’re doing when the BPM needle nudges ‘into the red’ and there’s no denying the splendour of (decidedly pacey) classics such as It’s A Sin, So Hard and New York City Boy, as well as more recent floorfillers like Vocal and Thursday. I also have a particular soft spot for early ‘stomper’ I Get Excited (You Get Excited Too) and several of their more dancefloor-friendly ‘B’ sides, such as The Truck Driver and His Mate, Paninaro and In the Night. But, for me, the Pet Shop Boys truly shine when the tempo slows to a crawl and the lyrics take on a decidedly more personal tone. In a time when we’re often afforded unlimited access to our pop stars, with online social interaction and instant feedback at our fingertips, Pet Shop Boys have remained ever so slightly aloof and resolutely just out of reach. It’s mostly within these more melancholy songs we feel we’ve finally become Neil’s confidant, granted entry to a closed group and gifted a few minute titbits of something approaching ‘personal’ information.

By the time it came to the release of their 7th studio album, 1999’s Nightlife, the Pet Shop Boys’ catalogue was littered with such gems, and this album was an especially rich source – despite its title and collaborations with legendary US DJ/remixer David Morales and Faithless founder, Rollo, on production duties. More significant in shaping the overall tone of the project was the involvement of Craig Armstrong – the accomplished composer and arranger – on half of the album’s twelve tracks, as well as Nightlife’s role as testing ground for material which would eventually form part of the Closer to Heaven musical, Neil and Chris’ collaboration with playwright (and some-time Corrie scriptwriter), Jonathan Harvey.

Aside from the album’s final single, You Only Tell Me You Love Me When You’re Drunk – which would provide Pet Shop Boys with their first top 10 hit of the new millennium – Armstrong’s ‘gentle touch’ can be heard, perhaps most effectively, on In Denial, Neil’s acerbic, but achingly poignant and heart-breaking, duet with Kylie Minogue.

A cutting, take-no-prisoners lyric, swathed in a lush, swoon-inducing string arrangement and backed by an ethereal choir, everything about In Denial is a contradiction; but it all just works. Bathed in the same soft-focus romanticism as their gift to Liza Minnelli, So Sorry I Said, In Denial lulls you into a warm and fuzzy state of bliss, before kicking you hard where it hurts and bringing you crashing back down to earth with a few devastating home truths. The call and response lyric, between a daughter to her gay father, switches from the girl’s impassioned delivery of a tough love ultimatum, urging her father to clean up his act or suffer the inevitable consequences, to the father’s realisation that he’s spiralling downwards, out of control, and his chaotic lifestyle is ultimately unsustainable.

Intentionally or not, In Denial unleashes a rather scathing attack, aimed squarely at the father figure within the song who still believes the myth of ‘Gay Scene = Community’. While pricking the fantasy bubble he’s created for himself, dismissing the Peter Pan complex which goes hand-in-hand with the 24 Hour Party lifestyle, the song challenges the perceived glamour of the gay scene’s prevailing drug culture with a mocking roll-call of gay stereotypes and dismissive put-downs. The fact that this is all being delivered by a bona fide Gay Icon, in the shape of a pre-Light Years Kylie, makes it all the more crushing.  While none of this screams “and this week’s highest new entry is…”, shutting down the Nightlife project after only three singles always felt a little premature.

In the end, Nightlife would become the band’s first ‘proper’ studio album not to make the top 5 on the UK chart and consolidated the dwindling sales experienced by its predecessor, Bilingual, and the four albums which subsequently followed. Now, as we all now know – and the chart success of 2013’s, decidedly dancefloor-orientated, Electric seems to prove – all they really needed to do to turn things around was ramp up the BPM count and flash a few super troupers in the video; Hey presto! Electric becomes the first Pet Shop Boys all new studio project to enter the top 3 of the UK album chart in just under twenty years.

Entered chart: Was not released

Who could sing this today and have a hit?  This song would obviously struggle to find a place in the pop charts, but would have gone down a storm in an episode of Glee. Therefore, I’m going to propose a duet between Jonathan Groff and Lea Michele – book now for that 2017 Broadway revival of Closer to Heaven.