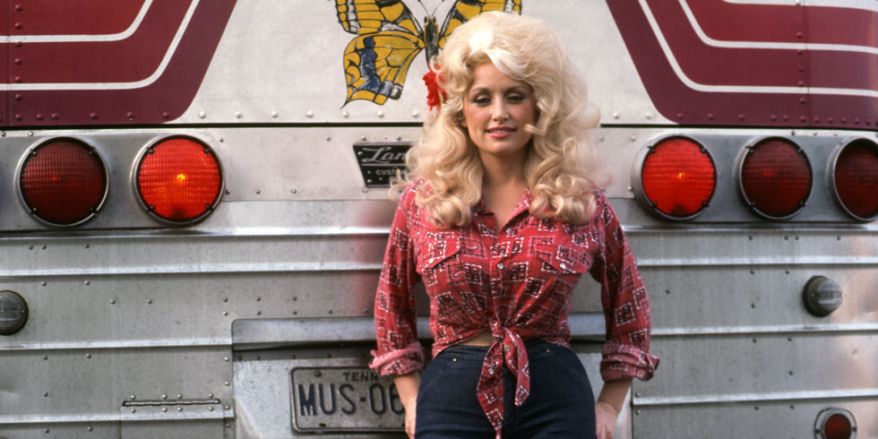 Is likability a liability for pop stars? One can argue it both ways. On the one hand, you have your Donny Osmond, Olly Murs and Paul McCartney (solo years) types, those eager-to-please, let’s-not-rock-the-boat, keep-it-light-and-peppy musicians who seem to radiate sunshine and lollipops and who produce smile-ready music that is often simultaneously uplifting and insipid. Much to their chagrin, these musicians rarely garner critical acclaim, but they still sell singles and tracks by the boatload and are beloved by fans worldwide. On the other hand, you have your bad boys and girls, the Mick Jaggers, the Courtney Loves, the Justin Biebers, those rockers and poppers who don’t care what you think about their lifestyle choices, as they know full well that you’ll buy their tunes even after and probably because of their latest drug overdoses, sex scandals, or naked selfie postings. These artists might be maligned by the press for their personal habits, but they usually have the rock critics and the fans on their side. And then there are those music stars who try to have it both ways, the Janet Jacksons and the Justin Timberlakes, who veer on a dime between skipping in a skirt with Mickey Mouse at Disneyland and then having breast-exposing wardrobe malfunctions or getting their sexy back. For these artists, the good/bad duality sometimes works to their benefit, and sometimes (as in the case of Jackson) completely backfires.

There is only one artist, however, who has made a full-time, decades spanning and universally lauded career out of inherent likability. That person is, of course, the one and only Dolly Parton. Who doesn’t like Dolly? From her larger-than-life personality and even larger-than-that body parts, to her live-and-let-live attitude, backed with a stunning five-decade catalogue of incredible recordings and memorable songwriting, Dolly has become one of the world’s most beloved pop icons. Even though she is a star in both the country and pop music arenas, as well as a Hollywood box-office draw, Tony-nominated Broadway composer, and writer of one of the best selling singles of all time (I Will Always Love You), Dolly still seems to be one of the most humble people in the business, seemingly able to charm even the most resistant critic with her home-spun, aw-shucks demeanor, her ability to poke fun at herself and her fundamental niceness. Even with her incredible fame and popularity, not to mention her ridiculously over-the-top costumes, deep layers of makeup and enormous skyscraping wigs, Dolly still seems to be one of us, someone with whom you could share a beer, a song and a tall tale. While she is sweet and funny, she is not cloying. She is effortlessly human and down-to-earth, and her music reflects this, at times a combination of both the gaudy and the simple (9 to 5) or simultaneously powerful and reflective (Jolene).  Critics and fans alike adore her.

Here’s a typical Dolly story. In the late 1970s, a friend of mine attended a concert of hers in a large auditorium, but had terrible seats, way in the back. Accordingly, he brought binoculars and was watching the show through them. During a break between songs, Parton spotted him, and shouted in her sweetest honey-dripped voice, “Honey, you don’t need them binoculars, these things are so HUGE you should be able to see them from there without any help!” (I’m also partial to one of the jokes she used to tell in concert:  “Why are my feet so small?  Well, honey, things don’t grow very well in the shade!”)

While Parton’s likability has translated into a long-lasting career on the album and the country charts, it has, surprisingly, not produced many pop chart hits. In fact, Dolly has only had TWO (!) UK top 40 hits, both of which made no.7:  the classic Jolene in 1976, and her 1983 Bee Gees-penned duet with Kenny Rogers, Islands in the Stream. Her greatest US success, the no.1 9 to 5, barely scraped the UK Top 50, peaking at an embarrassing no.47. Her US chart career hasn’t been much better, frankly, although she has managed eight top 40s, including two top tens.  Her first? 1977’s sublime Here You Come Again.

By the mid 1970s, Parton had achieved great success on the US country charts and was looking to expand her audience. Hungry for crossover success, she began to record more mainstream, pop-oriented songs. Her first attempt at cracking the pop charts, the 1977 album New Harvest…First Gathering, included many commercial-leaning compositions, but was not a great success. Parton then tapped producer Gary Klein to oversee her next release. Klein had engineered the mid-70s crossover success of country star Glen Campbell (with the US no.1 and UK no.28 Southern Nights), and seemed like a perfect match for Parton’s ambitions. Although she was revered as a great songwriter, Klein encouraged Dolly to look outside of her own catalogue for new material. One of the songs he brought to her was a composition he had heard on a recent B.J. Thomas album, written by the hugely successful writing team of Barry Mann and Cynthia Weil ((You’re My) Soul and Inspiration by the Righteous Brothers; We Gotta Get Outta This Place by the Animals, and later, Don’t Know Much by Aaron Neville and Linda Ronstadt). The song was Here You Come Again, and Dolly loved it. Her recording of the song became a huge hit in the US, spending five weeks at the top of the country charts and reaching no.3 on the pop charts, her first pop hit. In the UK, however, it failed to chart on release and limped to a lowly no.75 when re-released at the height of the synth-pop era in 1984.

If you read the lyrics to Here You Come Again, it appears to be a song about a creepy ex-boyfriend of Dolly’s who won’t leave her alone and plays cruelly with her emotions. But Dolly being Dolly, her delivery (along with the perky instrumentation and catchy major key arrangement) takes the song somewhere completely different, turning it into a redeeming anthem of everlasting love. This is the essence of Dolly:  while she doesn’t erase the underlying darkness in her lyrics, she transcends and defeats it with her winning attitude and her infectious optimism. Likability, in the Parton world, doesn’t just sweeten our enjoyment of her music – it brings us closer to her, like a warm blanket, a dirty joke shared in secret complicity, or a brisk shot of strong whiskey. What’s not to like? 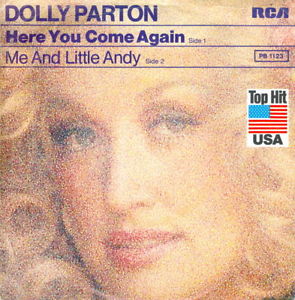 Entered chart: initially did not chart, re-released and charted 17.3.1984

Who could sing this today and have a hit? Who’s as likable as Dolly Parton these days?  Kelly Clarkson, that’s who. Like Dolly, her fundamental goodness as a human being radiates in her music. She would absolutely KILL this (oh god YES!- Ed.)