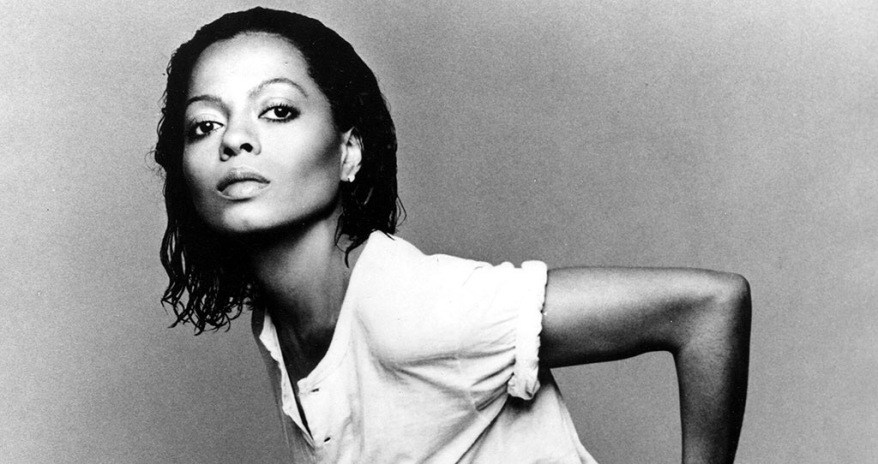 Welcome to the latest in an occasion series of Into The Popvoid special features, ‘Brilliant Things That Happened In The Physical Singles Age, But Could Never Happen Now’.

No. 174: Former record labels cashing in on an artist’s success by re-releasing old material against their will.

It’s a practice which seems to have been particularly prevalent in the early 1980s. Perhaps linked to a spate of ‘get rich quick’ contracts – with the more outlandish clauses concealed in teeny tiny small print at the foot of page 124 – and a disproportionately high number of dodgy Svengali managers peddling a particularly persuasive line in ‘stick with me doll, I’ll make you a star’ wish fulfilment.

When Adam and the Ants’ fortunes took a dramatic turn for the better in late 1980 – as Dog Eat Dog, the second single from their CBS Records debut, Kings of the Wild Frontier, took the band into the top 5 of the UK singles chart for the first time – it sparked a minor feeding frenzy of cash-in releases, delivering belated chart success for Young Parisians (no.9 in December 1980), Cartrouble (no.33 in January 1981) and Deutscher Girls (no.13 in February 1982).

Human League would also find themselves in the unusual position of promoting Don’t You Want Me in the US – the track which had already been the fourth (and biggest) UK single lifted from their multi-platinum Dare album – while Being Boiled – a three year old track recorded by an earlier, Joanne and Susanne-less incarnation of the band – was re-released by their previous label, Fast Product, eventually climbing all the way to no.6 on the UK singles chart in early 1982.

The situation was even more complicated for Japan. In early 1981, the band were experiencing a period of critical re-appraisal, having recently signed to Virgin Records and released the Gentlemen Take Polaroids album. While their eventual commercial breakthrough wouldn’t come for another year – with the release of Ghosts in March 1982 – the band’s former label, Ariola Hansa, were keen to exploit the buzz being generated by The Art of Parties, the first single issued from the band’s forthcoming Virgin album, Tin Drum. Ironic doesn’t really cover the situation the band then found themselves in. When Ariola re-released the Quiet Life single in September ‘81 – lifted from the album of the same name – it gave Japan their first UK top 40 single and the band appeared on Top of the Pops promoting a track they’d first released almost two years previously. By the time they prematurely split in 1983, the band’s Virgin releases had been interspersed with re-issued Ariola singles, helping them accumulate eight top 40 hits in the space of eighteen months. It would seem Virgin eventually just gave in, throwing their arms up in despair and in a desperate act of ‘If you can’t beat ‘em, join ‘em’, released Nightporter, a track from 1980’s Gentlemen Tale Polaroids, as the ‘official’ follow-up to Cantonese Boy, the final single lifted from Tin Drum at the tail end of November 1982.

Of course, there’s no such thing as a sure thing in pop – this site probably wouldn’t exist if there was – and sometimes a seemingly well timed cash-in just fell flat.

In 1980, when Diana Ross delivered Diana, her eleventh album following her departure from The Supremes, it would be her last collection of all-new material for Motown, the label she’d called home for almost two decades. At the time, the release of Diana signalled a fairly dramatic reversal of fortunes for one of the label’s biggest stars. Despite a strategic change of direction, tapping into the disco ‘boom’ with The Boss and Ease On Down the Road (’78 and ’79 respectively), hit-wise, the second half of the 1970s were proving to be rather troublesome for Ross. Almost five years on from Love Hangover – her last song to hit top 10 on both sides of the Atlantic – the idea of working with Nile Rodgers and Bernard Edwards – under their Chic Corporation production mantel – gave Ross’s career a timely injection of cool. With tracks such as Upside Down, I’m Coming Out and My Old Piano, at 36 years old, Ross was suddenly as relevant as Michael Jackson or Prince – pop artists almost half her age. While the project was a major critical and commercial success, and still stands as an undoubted career high amidst a fairly spectacular run of classic hits, the process of relinquishing creative control to ‘outsiders’ was apparently not a happy one for Ms Ross. While the time spent in the studio with Rodgers’ Chic collective appeared to pass uneventfully, Ross was ultimately dissatisfied with the end results.  After delivering, what he perceived to be the final mix of the record to the label, Rodgers and Bernard Edwards were locked out of further mixing sessions (with Diana instead enlisting the services of long-time collaborator, Russ Terrana) and did not hear, what he describes as ‘The Motown mixes’, until a test pressing of the remixed album was sent to them several months later. In his autobiography, Le Freak, Rodgers states, “When we listened to Motown’s version, all we could hear was what could have been,” adding, ”This hijacking of our work was a travesty.” When the original Chic production of Diana was finally given an official release in 2003, as part of a Deluxe Edition of the album, the difference between the two mixes is pronounced.

Diana Ross is undoubtedly an accomplished vocalist, but she doesn’t have the range of a Whitney or a Mariah and she was obviously accustomed to a degree of ‘gloss’ being applied at the production stage. With much of that sheen stripped away, Chic’s original production was decidedly starker than the subsequent re-touch. It’s clearly a distinctly contemporary, more cutting-edge sound than anything Ross had previously experienced. It would appear Rodgers and Edwards’ choice of more exposed, raw vocal takes were especially contentious. While this was undoubtedly a previously under-exploited aspect of Ross’s voice, it’s hard to understand exactly where her beef came from – unless, of course, she assumed she was merely supplying demo/guide vocals at that stage. Undeniably, these alternate takes showcase an obviously joyful Ross, giggling as she delivers some of the best vocals of her career.

Despite the success of Diana, Ross’s relationship with Motown (and founder Berry Gordy) began to sour. It would seem the continued struggle for creative control, as well as an overall feeling of being profoundly undervalued (and underpaid), led to the negotiation of a reported $20 million contract with Capitol Records – a record amount at the time. It was here she would eventually launch the next phase of her solo career, with the self-produced Why Do Fools Fall In Love album, a platinum seller in late 1981. Within a couple of weeks of its release, Motown issued a cash-in compilation, All The Great Hits, including a treasure trove of Ross’s biggest hits on the label, alongside a couple of ‘deeper cuts’, including Tenderness, the ‘should’ve been’ fourth single from Diana. In the UK, the hits collection was given a second push when Tenderness was issued as a single in early 1982.

Obviously, if Motown had wanted to cause maximum upset and wreak black-hearted revenge on their defecting star, they would have released the ‘original’ Chic production as the single cut, but maybe they realised this might just appear vindictive and petty – and we all know there’s absolutely no place in the music industry for that type of behaviour!

With its razor-sharp string swipes and ‘spacey’ production, Tenderness is as joyous and uplifting as I’m Coming Out and Upside Down, the Diana set’s best known hits. Arguably featuring the album’s best vocal performance, Tenderness also exudes an unexpected warmth and vulnerability – characteristics which don’t instantly spring to mind when contemplating Motown’s most notorious female diva. Her ‘girl-next-door’ kookiness may have been key to hee success as The Supremes’ breakout star, but, twenty years on, there was something decidedly aloof and untouchable about Diana Ross.

While this belated release of Tenderness only just managed to scrape into the UK top 75, it acted as my gateway drug, diverting me from my chosen path of wall-to-wall synthesizers, taking me back to the Diana album and opening a door onto all things Chic. From Sister Sledge’s We Are Family collection to Sheila B. Devotion’s Spacer and Chic’s own opening salvo of releases, Chic, C’est Chic and Risqué – an unparalleled trilogy of introductory albums – the distinctive sound of Rodgers/Edwards productions were soon cemented into my subconscious and would form a bedrock for my music taste for decades to come. 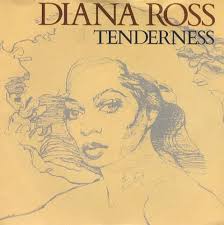 Who could sing this today and have a hit? I’d like to hear a more youthful and carefree side of Jessie Ware when she returns from her extended maternity leave – if this was her jump-off point, I’d be more than delighted.