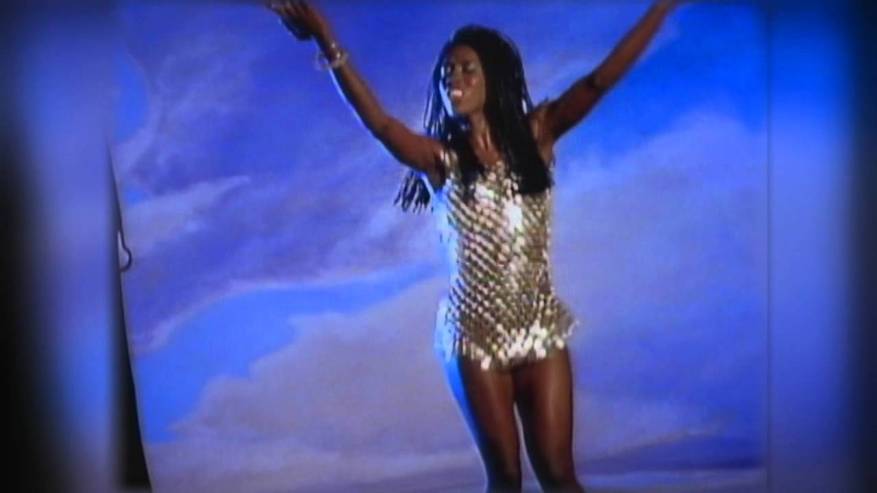 People often say that there’s no substitute for seeing a band perform live, don’t they? I tend to disagree – I think there’s no substitute for seeing a band perform a PA. That way you’re guaranteed to hear the proper version of your favourite record. Over time I’ve come to appreciate a reinvention – most notably the Confessions Tour version of Like a Virgin which is miles better than the original if you ask me – but generally speaking, just because a pop star is a bit bored of doing the same thing again and again doesn’t mean we as pop enthusiasts are bored of it too. This is why the personal appearance is such a glorious thing, and in my capacity as a rubbish barman/rubbish club-goer in Glasgow in the early 90s I got to see lots of them, and not one – through Sinitta, Sonia, Sister Sledge, Take That, Miquel Brown, Baccara and in all probability Sinitta again – was ever a let down.

The best PA I ever witnessed took place in Glasgow’s Club Xchange in 1990, when up and coming chart aspirants Blue Pearl (or rather their singer Durga McBroom – the group’s other member Youth, aka Killing Joke’s Martin Glover, wisely stayed at home) took to the dancefloor for a performance of their hugely exciting single Naked in the Rain. Younger readers might need a quick introduction to this record, which I still reckon is one of the decade’s very best.

Amazing, yes? And what’s more, it was accompanied by the most 90s video ever made, featuring a drummer and guitarist who were entirely surplus to requirements, plus, thrillingly, at least one of the dancers from Madonna’s Vogue video, still striking poses as if their life depended on it, which I imagine to quite a large extent it did. Of course this wasn’t something you could easily replicate on the world’s smallest stage, but Durga threw herself right into it and was doing very well until the record started jumping. Not just once or twice, but consistently and frequently. Other pop stars  – Mariah Carey springs to mind – might throw a wobbly, but not Durga. Somehow – incredibly – she got through it, instantly lip-syncing to wherever the record jumped to, resulting in a considerably longer appearance than anybody had bargained for and a rapturous reception when it eventually ended. I found the whole thing so exciting that it prompted me to do what I hardly ever do with “dance” acts – I bought the album as soon as it came out.

I won’t pretend that Naked didn’t turn out to be a bit of a let-down, but I always try to find something to love, especially when I’ve spent a tenner on it – and with this album it was track 5, a daring cover of Running Up That Hill by Kate Bush. I say daring because Kate is one of those artists who tends not to get covered that much because generally speaking you’re on a hiding to nothing if you do (Maxwell and Placebo fared quite well, however) – but in this case, I reckon it was a brilliant idea. Kate has rarely made what could be termed floor-fillers (although the reaction to Wuthering Heights at my wedding rather disproves that theory), but Blue Pearl very effectively made the point that she has written them. Turning Running Up That Hill into a dance record unleashes the physical elements of the song, bringing all those urges and all that…urgency right to the surface to create an entirely different experience from the one you get with the original. Contrast Kate’s delivery of “come on baby…come on darling” with Durga’s – while Kate’s suggests you maybe have a think about it, Durga’s is far more of the “let’s do it NOW” variety, and if you’re a bit sweaty on the dancefloor while you’re hearing it, it’s quite the experience.

Other things I love about this version: the rather gentle fade-in at the start which is broken by Durga’s epic “heeeeeeey-yeah!“, signalling that we’re in for something new, how the solitary “yoo-hoo” gets transformed into a driving, slightly desperate sounding “woo-hoo” chant in the final third, and that the guitar work comes courtesy of Dave Gilmour, who as we all know plays quite a significant part in the Kate Bush story. His appearance on an early 90s club record does seem quite at odds with the rest of his career until you learn (as I have just done) that Durga McBroom was a backing singer for Pink Floyd from 1987 onwards.

All of these factors still make me wonder why Running Up That Hill never got a single release. In its favour, it had a) instant recognition and b) complete amazingness, but maybe there were drawbacks too. Too soon, perhaps? The original was only five years old, though I would argue that 1985 and 1990 seemed – even at the time – much further apart than that. Fear of a backlash for covering one of pop’s untouchables? Possibly. Hardly any royalties even if it was a massive hit? Undoubtedly. We’ll never know, I suppose.

Just a couple of years later in 1992, Kate did get her moment on the dancefloor – and it seems as bizarre now as it did then – when Utah Saints sampled Cloudbusting (with her blessing) on Something Good and had a massive hit with it. Blue Pearl returned the same year, having apparently recorded a second album, but when the considerably more rave-y and frankly exhausting first single Mother Dawn flopped, we didn’t hear an awful lot more from them, thus freeing up Youth to become one of the most in-demand producers of the decade, twizzling knobs for, among many others, The Verve, James, Crowded House and Embrace – none of whom did much dancing naked in the rain, as far as I’m aware. But they were all jolly successful, which is nice. 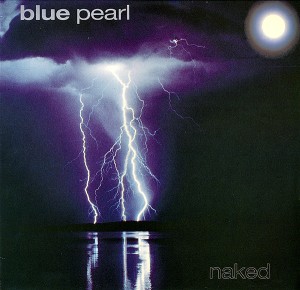 Who could sing this today and have a hit? I wouldn’t mind a Clean Bandit rendition come to think of it.