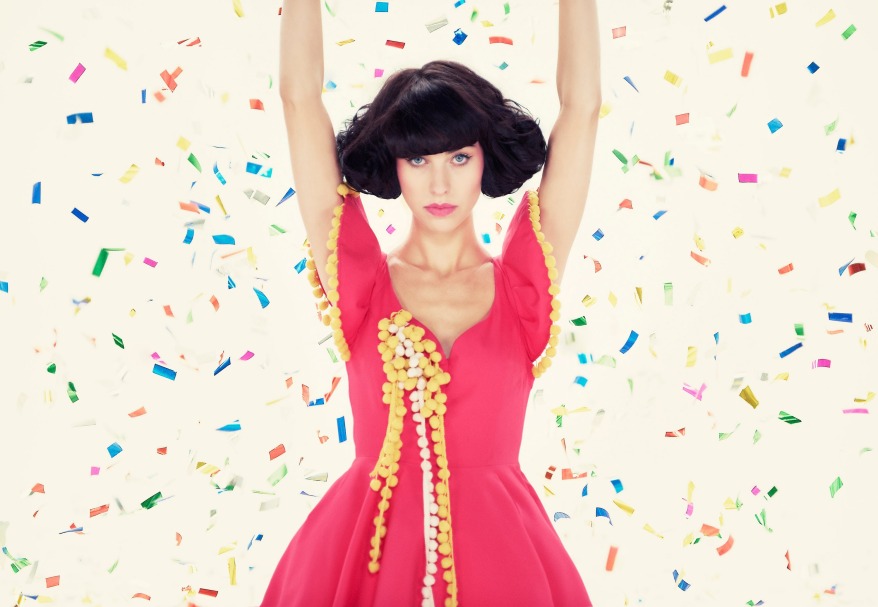 One of the joys of pop music is just how much actual joy it can bring you – proper, carefree and unbridled delight. Certain songs somehow possess the power to make you smile, and some go that bit further and give you the urge to break into a complicated dance routine on the street. Cameo Lover by Kimbra is one of these, which makes the fact that it flopped a borderline criminal offence.

Right about now you may be thinking ‘oh yes, I’m sure I know Kimbra but I can’t quite place her’ – yes, you do. In fact there’s quite a good chance that you are the owner of Gotye’s worldwide no.1 hit from 2012, Somebody That I Used to Know, on which she was the female lead. But who is Kimbra and how did she end up singing on a mega-hit?

Well. New Zealand born, Australia-based Kimbra Johnson first came to the attention of the pop world in 2010 with her debut single Settle Down. A few months later she followed it up with the fabulous Cameo Lover which, like its predecessor, was released by an independent label and flopped on the Australian charts. Despite that setback, Cameo Lover won the 2011 Vanda & Young Songwriting Competition ahead of a certain not-quite-finished-but-soon-to-be-ubiquitous track by Gotye.

Following that triumph, one of Gotye’s producers recommended Kimbra to sing the female vocal on Somebody That I Used To Know and a phenomenon was born, leading Kimbra to sign a worldwide deal with Warner and resulting in a platinum selling album in Australia. This came too late to save Cameo Lover on the singles chart, but there still remained a chance to turn it into an international hit when Warner switched their attention to marketing Kimbra outside of Australia/ New Zealand – and it’s that extra promotional push for the album Vows that prompted me to take notice of the track.

Isn’t it odd how a song can float aimlessly around in your subconscious before you properly pick up on it? I was on holiday in Australia in January 2012, immersing myself in the culture, sounds and the frequent advert breaks on TV. At some point or two during that holiday I must have heard Cameo Lover in the background, but it wasn’t until the day I was flying back that, whilst watching breakfast TV, I saw an ad for Vows – and amongst all the songs was a tiny snippet of the chorus of Cameo Lover with its joyous call of “Open up your heart, open up your heart, open up your heart” over a perky beat. At that point my ears pricked up; those few seconds were so familiar and so alluring. I made a mental note to properly check out the album when I was back in the UK, though I didn’t actually have to wait that long – the flight home had Vows on the music channel, though as I didn’t know the song’s name I almost skipped it on first listen.

Starting with a few understated drum beats, the first verse launches with a synth background and little fanfare other than a few cheeky twinkles which sound like they come from a 1950s advert for some marvellous labour-saving product. Then of course the chorus happens and things take a spectacular turn – the full power of Kimbra’s voice is unleashed and the production bursts into something that both Phil Spector and Bacharach and David might consider a job well done. Starting out in a Be My Baby time signature, it flips half way through to a Motown-y one, by which point you really should be gleefully stomping around your living room even if you (to borrow a phrase from Pet Shop Boys) wouldn’t normally do this kind of thing.

There is, however, one more trick up Cameo Lover’s sleeve – you might expect it to finish on that high, but it ends instead with a lovely moment of glistening pop subtlety, steering off into a coda where, amid some heavenly backing vocals (my favourite part of the whole thing), the song rather dissolves in front of you, leaving you with a kind of ‘was it all a dream?’ feeling. No, it wasn’t.

Now, with a clearly fantastic song, equally brilliant learn-these-steps-at-home video, and a worldwide no.1 hit (comfortably that year’s biggest selling single) as a calling card, you might have expected some bright spark at Warner to make a concerted effort to turn Kimbra into a proper pop star. But in the UK Cameo Lover was issued as a non-lead track on an EP of songs from Vows (ahead of its full release), thus depriving it of its rightful moment in the spotlight. The EP sank without trace, probably not helped by a lack of promotional appearances – though we can hardly blame Kimbra for that.

Funnily enough, the most unusual thing in all this for me is that having listened to Vows and part of her second album, I haven’t a found a single other song by Kimbra that I actually like – but in a way that makes this song even more special. (I rather like Miracle too as it happens – Ed). I’m eternally grateful I caught that advert during breakfast in Australia – otherwise, this beauty would never have made it out of my subconscious. 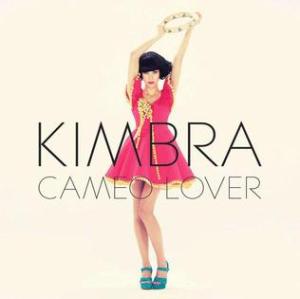 Who could sing this today and have a hit? I can just imagine Geri Halliwell pawing over this for a comeback and probably ruining it in the process. Thus I would kindly ask her to just release Kimbra’s version and lip-sync along to it.