So many of the best pop songs are communal experiences, mutual moments of hair-rising-on-the-back-of-your-neck bliss, acknowledging the perfect chorus or a heartbreaking middle-eight. But for me, some of the finest pop moments are the introspective ones, moments when it’s raining outside, when you’re alone, and when it seems everyone else is having a much better time than you.

One of the finest examples of this select group of songs is Darkness by Darren Hayes. It represents all that is great about his songwriting, distilled into one shimmering, subtle slice of electro pop. So subtle indeed, no one bought it.

Darren Hayes remains best known in the public consciousness for his time in Australian pop duo Savage Garden. Truly Madly Deeply topped the US charts in 1998 (and spent a full year in the Top 30 of the Billboard Hot 100), and at the height of their fame they even performed at the closing ceremony of the 2000 Sydney Olympic games. They had incredible success worldwide, racking up a staggering 23 million record sales from two studio albums and a host of singles released during a short four year run.

Upon their split, it was inevitable Darren would embark on a solo career. A fine vocalist with a knack for writing great melodies – across multiple genres – his first solo album, 2002’s Spin, while not hugely removed from the Savage Garden sound, headed off into a more electronic direction, and whilst meeting with mixed reviews, sold well. All four singles charted high in the UK – Insatiable (No.8,  March 2002), Strange Relationship (No.15, July 2002) I Miss You (No.20, November 2002) and the exuberant Crush (1980 Me) (No.19 February 2003).

You would have expected the follow-up album to be more of the same, but The Tension And The Spark, confounded expectations. It was a thrilling change of direction for the singer, taking the electronic leanings of his debut album and spinning them off into the stratosphere. Daring yes, but if we have learnt one thing from studying the charts, it’s that the record buying public does not welcome abrupt changes of style from their pop stars.

Despite the relative success of first single Pop!ular (as wilfully weird a pop song as you’re ever likely to hear – I’m convinced no one had heard it before they bought it), the relative commercial failure of The Tension and The Spark was always going to impact on subsequent single releases. So it was that in November of 2004, Darkness was released with barely anyone noticing. Now, I’m the first to admit a song about loneliness and a loss of hope is unlikely to be top 10 material, but the fact Darkness failed to even chart when his previous five singles were all UK top 20 hits, is frankly confounding.

Even in its shortened radio edit, Darkness belongs to that special breed of pop song – the subtle electro banger™. From the atmospheric opening chords full of mid-70s European spy film intrigue (oh, and reminiscent of No Regrets by Robbie Williams), the song builds inexorably in its emotional heft – the electronics, married to introspective lyrics delving into feelings of personal isolation. His vocals, full of yearning, often sound broken by the weight of emotion, and the song is all the more powerful for it.

From the moment the beat kicks in at the 1.05 minute mark, to the full musical (and emotional) breakdown at 2.12 minutes, this is serious pop, but as the bridge kicks in, we see the first glimpse of life affirming light in the song. As Darren’s vocals soar, the hope of the song becomes clear – “better to hold onto love, change will come”.

Reflecting on the album Darkness was drawn from, Darren said ‘It was the best–reviewed and worst–selling thing that I have ever made, but it was my proudest moment’. So idiosyncratic was it, Sony soon agreed to terminate his contract and most people lost track of Darren – a fate which as we know befalls some really rather wonderful pop stars. Terminal for some acts maybe, but for Darren it was quite possibly the best thing that could happen. Unburdened by major label pressures and the need to have hit singles, he was free to explore pop music in all its forms, and his next album This Delicate Thing We’ve Made is arguably his masterpiece. He has created a large and incredibly varied body of work, his insatiable desire to explore and innovate, a fitting tribute to his own musical hero, the deeply missed Prince. Check out his exquisite cover of Prince’s I Wish U Heaven to witness a perfectly judged cover version.

In a contemporary music landscape where you’re classed as a veteran act if you make it to your second album, it is somehow reassuring to know that some artists can continue to expand their musical horizons decades into their career. Darren has found a space where he can pretty much record what he likes, when he likes, while still being able to live some semblance of a private life. You can’t ask for much more than that. 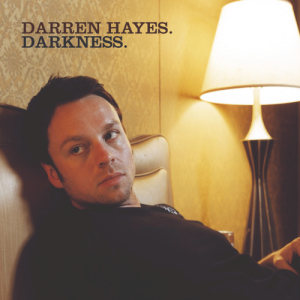 Who could sing this today and have a hit? Elegant, moody, subtle pop? Let’s see Lorde give it a go.