Here’s the group of people who spend more time than is strictly appropriate thinking about amazing pop. Click on the pictures to see all their Into the Popvoid posts.

Niall McMurray – Into the Popvoid Editor

Niall is a pop-enthusiast from London. A former editor of the ground-breaking LGBT newspaper one80news, he spends much of his time freelancing and the rest looking for Taylor Swift gifs that will adequately express his feelings. 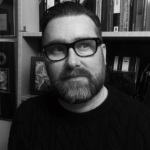 Stewart worked for over 20 years at the blunt end of the music industry and has spent the last couple of years writing books about famous people he’s never met. He refuses to believe the 1980s ended over two decades ago and spends most of his time trying to prove it. La Roux and Taylor Swift are his key witnesses at present. 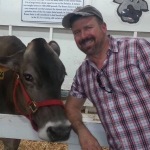 Dan is an American male supermodel and CIA operative who sometimes writes about pop culture and music. His infrequent “Tsk, Tsk, Brits” posts here will focus on songs that were US smashes but were unjustly ignored in the UK.

Derek is a London based communications and PR man by day, pop obsessive by night. He has a particular penchant for a dramatic, synth based pop song, and his prized possession is a signed Shea Seger CD.

Pete Paphides is a writer and broadcaster and can currently be heard talking about and playing amazing tunes every Tuesday lunchtime on Soho Radio.

Rod is better known as Bright Light Bright Light and has released three albums, Make Me Believe in Hope, Life is Easy and Choreography, plus the EP Cinematography.

Luke is a digital copywriter in London. He is fighting a losing battle with his waistline and spends more time than he’d like on the District line.

Rob lives in London and works for a law firm, waiting for the day he can run his own night club focusing on the hits and (more importantly) the forgotten gems of specific years in music (1995-2004 to be precise). 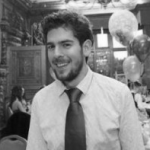 Joe Rivers is a freelance writer and associate editor of independent music and film website, No Ripcord. His work has appeared in The Huffington Post, Sabotage Times, Clash magazine, NME and New Statesman. 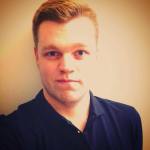 Joe is one of those millenials teetering on the edge of getting a full time media career but hasn’t quite made it yet, hence his sympathy for commercially unsuccessful pop.

Elliot is a writer and editor from Birmingham who quite possibly spends too many of his waking hours listening to music. When not listening to pop, he can usually be found revelling in 90s-R&B brilliance.