It’s almost impossible to discuss pop music at the end of the 1980s without mentioning Stock, Aitken and Waterman. For the last two years of the decade they essentially colonised the UK charts, […]

Wasn’t it Oscar Wilde who said, “For a song to fall into the Popvoid once may be regarded as a misfortune, for it to happen twice looks like carelessness”? On […]

In pop, nothing stings quite as sharply as the unexpected interruption of an unbroken run of top 5 singles – but sometimes you just have to admit that Hot Chocolate […]

The Lover Speaks – No More “I Love You’s”

Here’s a song that actually was a gigantic hit – just not for the people who deserved it. You may recall that in 1995 Annie Lennox ran out of steam creatively […] 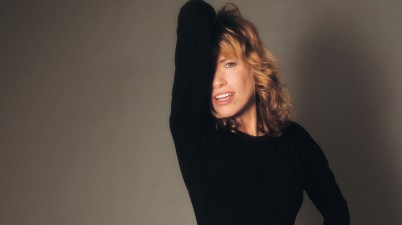 Carly Simon – I Get Along Without You Very Well

The standards album has become an emergency career rescue stand-by in recent years, but when Carly Simon released Torch in 1981 it was something that hadn’t really been done by […]

Some records are so embedded in your brain that you refuse to believe they even came close to falling over the edge into the Popvoid and you’ll argue, with the […]

When the news broke in 1988 that Siobhan Fahey was leaving Bananarama I was positively aghast. The ‘rams were – and remain – my all time favourite girl group and it was […]

Belinda Carlisle – Mad About You

What makes the perfect summer single?  While there are many recipes for summertime pop success, a few key ingredients are essential: 1. A swooping, joyous chorus that builds gradually and frenetically […]

One of the great forgotten pleasures is the ritual of going into a record shop on a Monday morning and flicking through the new releases. The late eighties were an especially great […]