A fun discussion when ABBA fans get together is “what singles would YOU have chosen from ‘Voulez Vous’?” Before you know it 37 years will have passed and no consensus will have been reached. 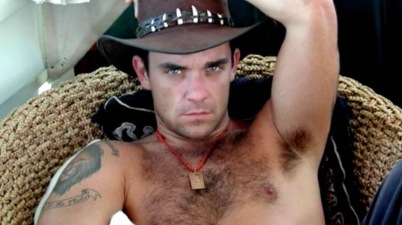 Sophie Ellis Bextor – Not Giving Up On Love

She's the finest British pop star of the 21st century who keeps releasing amazing records. We're the people who don't buy enough of them and therefore we don't deserve to have nice things. Bingo! State of the charts these days EXPLAINED.

Joe Rivers on a cracking bit of pop that is very much built for the age we live in.

Gina G – Every Time I Fall

Every chirpy pop star must at some point become a Frowning Concept (thank you Neil Tennant for that phrase), and Gina G's turn came with this lovely dreamy ballad. Note also cut-price version of Kylie's "Put Yourself in My Place" video.

In which bubbly pop princess Debbie Gibson attempts to grow up a bit and is roundly rejected because we are all TERRIBLE PEOPLE.

In which Kate Bush makes us all want to tuck into a bowl of Fruit 'n Fibre with our BARE HANDS.

Lily Allen - the pop star so amazing we'd have had to invent her if she didn't already exist. Here's Joe Anderton on the frankly brilliant "URL Badman".

1981: a fresh faced young man from the west coast arrives in New York city and heads straight for the nearest record shop.

In which Belle and Sebastian turn into Dollar for four perfect minutes.

a-ha – Nothing is Keeping You Here

Not many bands really get better with age, but a-ha managed it.

Matt Bianco – Whose Side Are You On?

In which we ask the question: why did nobody admit to liking Matt Bianco at the time, when they were in fact dead good?