Vegas – Walk Into the Wind 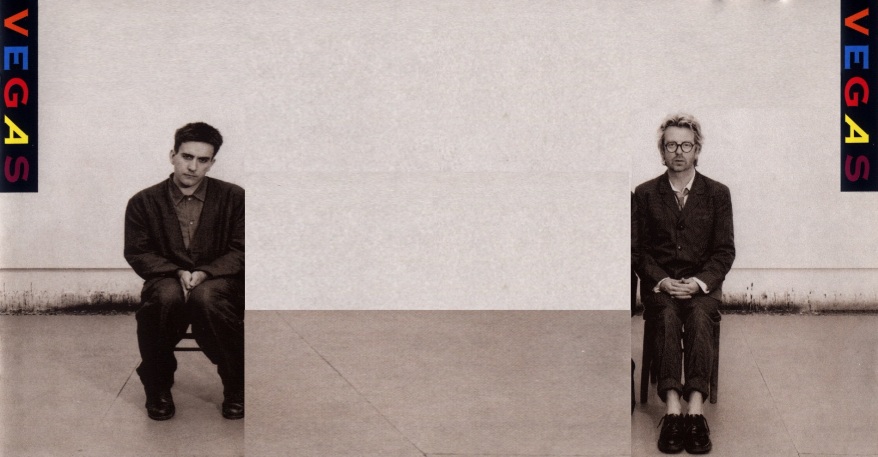 Pop, when you boil it down, is really all about light and shade. On the one hand you have someone like, say, Sonia – perpetually grinning to the point of insanity (if you think about it, You’ll Never Stop Me Loving You is really more of a threat than anything else)  – and on the other you have Terry Hall.

Terry always seemed downright miserable, to the point that if he approached you with a smile on his face you’d immediately brace yourself for bad news. With a performance style akin to someone trying to remember if they’d left the gas on at home, he was a godsend to people who wore a lot of black in the eighties. Certainly my image of him was pretty much fixed by 1981’s Ghost Town and the remainder of the decade didn’t do a lot to change that impression – even when the production was bouncy, as on 1989’s Ultra Modern Nursery Rhyme, the delivery was still reassuringly glum.

By 1992 Terry was on his fifth musical incarnation following The Specials, Fun Boy Three, The Colourfield, and Terry, Blair and Anouchka. Vegas was a collaboration with Dave Stewart, and somehow this union of two pop curmudgeons produced the most uplifting moment of Terry’s entire career. Possessed was a no.32 hit and the lyrics felt very truthful and like a huge sigh of relief: “Got tired of being gifted and tormented /Signed, sealed, delivered, then resented / I think I’ve lost a very nice part of me / And even though I’m only half the man I used to be / It feels good / I’m flying high again / Spinning round and round again / I even like myself again.” Followed by a cover of Charles Aznavour’s She, it seemed like Terry had been working through some issues and was beginning to cheer up a little. Thankfully none of this signalled that a duet with Sonia would be immediately forthcoming, but it was really nice to hear.

What we in fact got next was an almost-but-not-quite duet with Siobhan Fahey (at that point married to Dave Stewart) and it’s one of my favourite tunes in a category I like to call ‘Love songs for people who’ve been around the block a bit.’

Honestly, I love everything about Walk Into the Wind. It has such a beautiful pace – no-one’s in a hurry to get anywhere. It just sort of unfurls gently, giving you this gradual feeling of lovely, hopeful ascendance. Often with Terry Hall lyrics (and their delivery) you have to check for thorns, but I’ve been right through, and as far as I can tell “Before you taste another tear my love / I know a place where rainbows end / The kingdom of the final kiss is but a breath away / Here come those shooting stars again” is meant just as it reads. In other hands words like that might even be a bit trite, but they’re sung so simply and honestly that the cynic in me vanishes completely.

The thing that absolutely makes Walk Into the Wind for me is the wonderful guest vocal from Siobhan Fahey. Siobhan is of course a fabulous pop star but on the long list of things that make her amazing you’d usually find her voice quite far down. Here though, she’s just perfect – a little bit haunting and dreamy, but rich and warm at the same time. Paired with Terry, the overall effect is that of two slightly weary survivors of an often brutal pop decade heading off into an uncertain but hopeful future together. I wish they’d done more.

Years later when I was working in the Virgin Megastore in Glasgow, Terry Hall – or at least a fantastically authentic lookalike – appeared at the counter. Thrilled internally but displaying my usual ‘be cool in front of the pop star’ demeanour, I asked him what he was doing in the city and he replied that he didn’t know – he’d just got on a train and ended up here. And then he smiled. Terry Hall smiled at me. To this day it’s one of my favourite little pop moments. I do hope he got home alright. 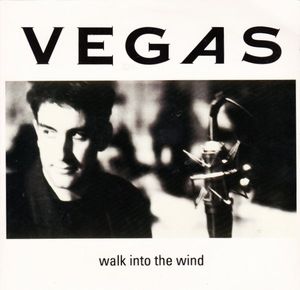 Who could sing this today and have a hit?  You could theoretically speed this up and turn it into a bit of a euphoric stomper – Chvrches could have a good go I reckon.