Sky Ferreira – Everything is Embarrassing 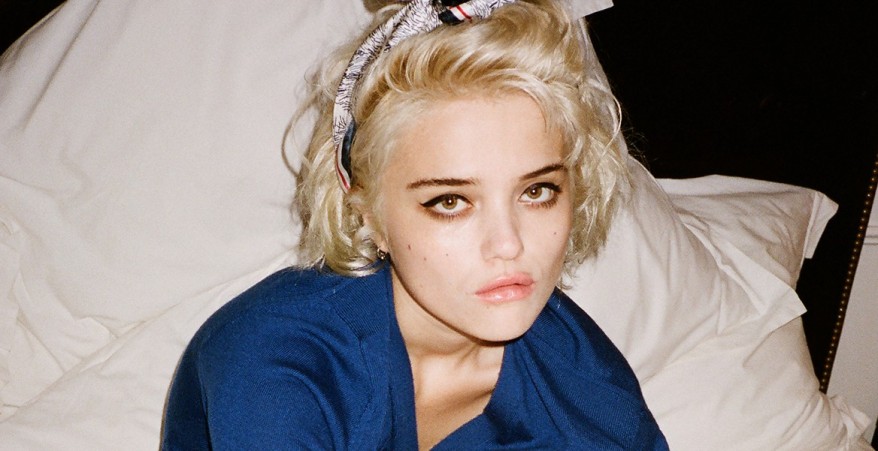 If ever you’re invited to Miley Cyrus’s house, pay special attention to the secret cupboard under the stairs. It contains all the things she doesn’t want people to know about, like rejected publicity shots for Hannah Montana and home videos of her line dancing with her dad while wearing a Stetson. However, right at the back, behind the junior school science projects and dusty VHS tapes, is her greatest shame: her Sky Ferreira voodoo doll.

Whilst the above is merely ill-informed and potentially slanderous conjecture, you’d imagine that La Cyrus bears one hell of a grudge against Sky. They’re both former child stars, yet Ferreira has that indefinable underground credibility that Cyrus so desperately craves. Miley is continually attempting to kick against whatever has just made her successful. Disney Channel mainstream fame begat the über-raunch of Wrecking Ball and Terry Richardson photoshoots, which in turn preceded her current gambit of recording albums with The Flaming Lips and promising naked gigs where everyone is covered in “white stuff that looks like milk”. Sky, by contrast, goes about her business, looking like she’s walked out of the pages of Vogue whilst simultaneously picking up plaudits from Pitchfork and the indie cognoscenti like it’s all in a day’s work.

Sky Ferreira’s debut album, Night Time, My Time, is a wonderful pop record that looks to sabotage its own chances of success at every turn. It features irresistible sugar-sweet girl-group melodies, but layers them on top of scuzzy, Jesus And Mary Chain guitars. The lyrics are self-examination, a frequently troubling howl from the id and, just in case that wasn’t enough to stop your casual music listener taking a punt on it, the cover features a candidly shot, topless Ferreira in the shower, as taken by director Gaspar Noé.

Actually, while we’re on the subject, can we take a moment to consider the cover of Night Time, My Time? Sky Ferreira is a beautiful woman in a hyper-sexualised industry, and her releasing her first record with such a shot is one of the most single-minded and brave decisions in recent musical history. There are – call the censors – nipples plainly on display, but it’s defiantly unsexy; her nudity, sideways glance and wet hair plastered to her head make her seem entirely vulnerable. In an industry obsessed with sex appeal, maybe this is the last taboo?

Digression aside, Night Time, My Time is a visceral, thrilling album that was never going to make it to your local Tesco. However, almost as if to taunt Miley Cyrus, tacked on the end like an afterthought is one of the best pop singles of the decade so far, Everything Is Embarrassing.

Whilst most of Night Time, My Time is swathed in impenetrable fuzz, Everything Is Embarrassing is as clear as a beacon and, let’s be honest, better than any song Miley’s put her name to. It was written with Dev Hynes (aka Blood Orange) and Ariel Rechtshaid – two of the trendiest pop names of our times, and it bears all their hallmarks.

Like the rest of Night Time, My Time, Everything Is Embarrassing creates a clear barrier between artist and listener. However, while the rest of the album does this with guitar effects, Everything Is Embarrassing does it with the sparseness and openness of its sounds. It begins with a simple drum beat, yet the lack of echo deadens the sound and makes it seem as if it’s playing in an empty aircraft hangar. It’s joined by other hallmarks of the 80s sound – stark keyboards and a funk-inspired bassline that ventures perilously closely to slap bass – all whilst maintaining that distance and indifference.

Ferreira’s lyrics complement the instrumentation perfectly. Everything Is Embarrassing is the tale of a hopeless relationship where Ferreira has given her all but her partner, for whatever reason, doesn’t possess the emotional intelligence to adequately reciprocate. Are they really into her? Are they incapable of love? Are they just scared? What is it that prevents them from completely giving themselves to her and allowing themselves to be as naked and vulnerable as she is on her album cover? Ferreira’s aching inside (“I don’t know what you want from me / You know I’m trying”) yet the object of her affections – intentionally or not – delivers the cruellest blow of all: indifference (“Telling me that basically / You’re not looking out for me”).

The previous couple of paragraphs may lead you to believe that Everything Is Embarrassing is about as appealing as a night of passion with David Mellor (up-to-date cultural reference for “the kids”, there) but it couldn’t be further from the truth. The plaintive soul-searching of the lyrics really hits home once the track gets into full swing and the production takes its toll. Whilst it may begin with a cool-girl-at-school insouciance, warm synths are introduced, almost undetected at first, and start to envelop the track. It has the effect of gradually making you more empathetic to Ferriera’s plight until, by the end, you’re considering giving her a call to make sure she’s alright. It’s simple yet effective; the swell of those strings humanises the emotions and makes you realise that beneath that exterior, there’s a person under there, who feels too deeply and doesn’t understand why the world conspires to hurt her.

Oh, did I mention it’s an absolute banger too?

Despite her critical acclaim, Sky Ferreira is yet to break through and become a household name. She’s probably too pop for the indie crowd and too indie for the pop crowd. Her main exposure, however, came when she supported a certain Miley Cyrus on her Bangerz tour. As they say, keep your friends close, and your enemies closer. 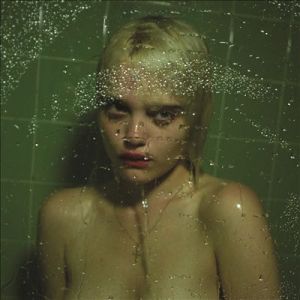 Who could sing this today and have a hit? Um… Miley?

View all posts by Joe Rivers