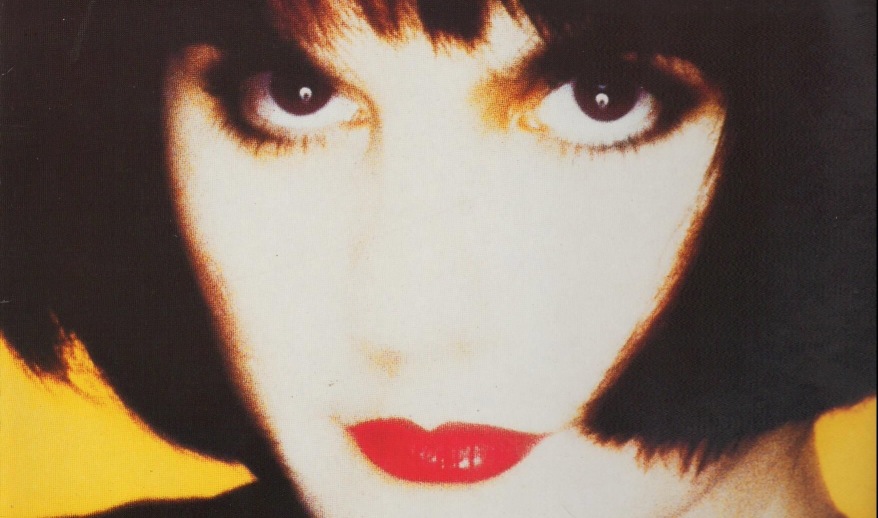 There are certain pop stars who only seem to have hits in the UK with movie themes or duets – or quite specifically, movie theme duets. Jennifer Warnes is one (Up Where We Belong and (I’ve Had) the Time of My Life), and Linda Ronstadt is another. Aside from Blue Bayou making no.35 in 1978, her only other visits to the top 40 have been with someone else – Somewhere Out There with James Ingram (from the film An American Tail) and Don’t Know Much with lovely quivery warbler Aaron Neville. Quite why we tend to ignore the rest of their output is a bit of a mystery: Linda Ronstadt had already been brilliant for more than two decades by the time she scored a top 10 hit here – check out Different Drum with the Stone Poneys from 1967 and her take on Tracks of My Tears (no. 42 in 1975) – my absolute favourite version of the song. She just has one of those voices that there aren’t really proper words to describe – the best way I can put it is that it sort of replenishes me when I hear it.

Despite not coming from a film soundtrack, 1989’s Don’t Know Much somehow battled its way past our usual Ronstadt indifference and the S/A/W blockade to reach no.2, kept from the summit only by New Kids on the Block’s You Got It (The Right Stuff). Now, with a huge just-before-Christmas hit, I reckon that if I had worked at the UK arm of Linda’s record company I might have decided that now was a good time to promote the hell out of the accompanying album, Cry Like a Rainstorm, Howl Like the Wind – perhaps with one of those telly adverts featuring a portentous voiceover saying “the voice of a generation…returns with the album of the year” or something equally meaningless but highly likely to induce people to hand over their cash. But no – aside from an advert in Q magazine, I don’t recall much effort being made, and I remember them giving precisely zero f**ks about the fate of the second – and much, much better – single, All My Life (another of the album’s four duets with Aaron Neville, and another big American hit).

To be honest with you, Don’t Know Much had been a tiny bit too sweet for my tastes –  like drinking the syrup from a can of fruit salad it was satisfying at the time but got cloying very quickly – but All My Life was more like an actual fruit salad – clean and fresh and satisfying, no matter how many times you have it. It’s a record that’s perfect in these hands – two people who’ve been around the block a bit and more than anything are relieved not to be on their own any more.

I love it when singers who could totally belt it out choose to deliver more restrained performances – it’s why I prefer Whitney Houston circa You Give Good Love (Whitney would like a quiet word) to Whitney circa One Moment in Time (Whitney addresses the entire planet). Both Linda and Aaron keep it lovely and intimate, like there’s no-one else in the room, even while the backing track is getting progressively more epic. In fact it’s a bit of a shame it wasn’t released in an Olympic year, because it would be perfect for a medal-winning montage – that pause before those huge clattering drums at 2:38 would go very nicely with a moment of sporting victory, and the line “hey….I’ve lived all my life for you” works just as well whether you’re gazing into a lover’s eyes or at a big chunk of gold.

Sadly, All My Life slipped out in February of 1990, briefly dipping into the UK chart for a single week at no.96 and putting a premature end to Linda Ronstadt’s singles chart career. But it is an Olympic year and miracles do happen… 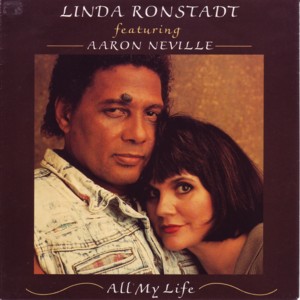 Who could sing this today and have a hit? I’m emailing the BBC sports desk as we speak. Linda and Aaron could still do it.