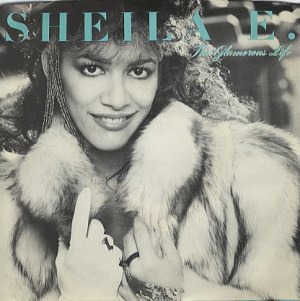 In 1984, Prince Rogers Nelson, aka Prince, was at the height of his creative powers. His magnum opus, Purple Rain, had topped the charts around the world and generated hit after hit, and the accompanying film turned him into a bona fide movie star (albeit one that dressed in flowery purple pirate shirts.) He had established himself as the chief architect of the Minneapolis sound, which he, Jimmy Jam and Terry Lewis would later grow into the definitive musical production sound of the 1980s.  But around this time, Prince’s career took an interesting and most unexpected detour. He became a writer of smash hits for a diverse and strange universe of female pop singers.

Before 1983, Prince had created hits for women, spectacular hits even, but they were mainly for groups of his own creation and of questionable musical ability (e.g. Vanity 6’s Nasty Girl.)  His songwriting prowess and ability to create cross-genre hits, however, began to attract some of the biggest female names in pop. These songs enhanced and in some cases reinvented the careers of the artists that recorded them – Manic Monday by The Bangles, Stand Back by Stevie Nicks and Sugar Walls by Sheena Easton being a few of the most successful examples.

Enter Sheila E.  The daughter of renowned jazz percussionist Pete Escovedo and the niece of the singer Alejandro Escovedo, Sheila was herself a singer, guitarist, drummer and percussionist who by her early 20s had already performed with Lionel Richie, Marvin Gaye, Herbie Hancock and Diana Ross. Legend has it that Prince met Sheila at a concert in 1978 where she was performing with her father, and introduced himself by stating that he and his bassist were trying to decide who would be the first to be her husband. Sheila was apparently charmed by this bravado, and the two became friends. By the time of the Purple Rain recording sessions, she had become part of his team of touring and recording musicians. Their first recorded collaboration was the amazing Let’s Go Crazy b-side Erotic City.

Prince had originally written The Glamorous Life (as well as Manic Monday) for his protégé Apollonia, who notably appeared as his love interest in the Purple Rain film and who fronted the band Apollonia 6. Thinking that her vocals were not up to par (and also apparently pissed off that she was going to leave the band,) Prince decided instead to give the song to Sheila for her debut album. The rest, as they say, is chart history.

The song entered the US charts in the summer of 1984 and became a smash, eventually reaching no.7. The lyrics for the song, some of Prince’s wittiest, purport to tell the tale of a girl who is only concerned with material things, a girl who wears “an overcoat of mink, even in the summer time.” (One might argue that Madonna’s Material Girl was inspired by Sheila’s heroine.)  Halfway through the song, however, she meets her dream man “in the section marked ‘if you have to ask you can’t afford it’ lingerie.” And then of course, after making love in a brown sedan, by the “seventh wave, she knew she had a problem,” and realizes that even though she needs the glamorous life, “without love, it ain’t much.” A truly heart-warming tale, all set to an insanely catchy percussion-driven dance track.

What is also amazing about the track is that even though it is written and produced by Prince, the song is clearly defined by Sheila’s vocal and her amazing drumming (in the video for the song, she even does a full kick of a cymbal full of glitter.) Here, rather than simply creating a shell song for a “singer” that was a lesser female clone of himself, he allowed this to become a true collaboration of equals, setting the stage for his even more independent diva – driven hits to come.

Alas, the British public could not enjoy the splendor of this collaboration. Even though it was released at the peak of Prince’s UK popularity, the song was an outright bomb, peaking first at a dismal no.96 in October of 1984 and then at an even worse #97 in 1985. Sheila did have a top 20 UK hit with the Glamorous follow-up, The Belle of St. Mark, but it is a far less worthy track.

Who could sing this today and have a hit?  Madonna rarely does covers, but this one would be truly meta. The Original Material Girl (OMG) singing about a material girl?  I smell a hit. (Love your optimism – Ed.)